Spinatrypa is a species I didn't know existed in the Devonian until I found my first specimens in the Windom Shale at the Penn Dixie center in Blasdell, NY.  Maybe the Mahantango formation was too muddy for them to survive. The specimens below come from the Lime Creek Formation (U. Devonian) near Rockford, Iowa. 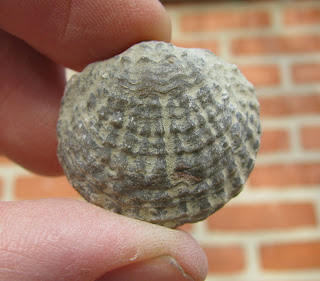 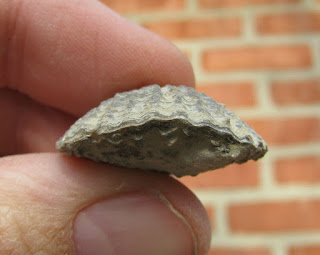 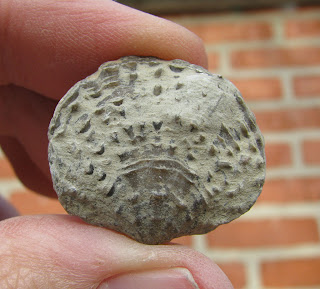 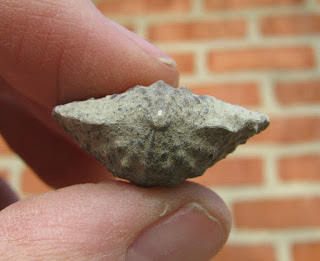 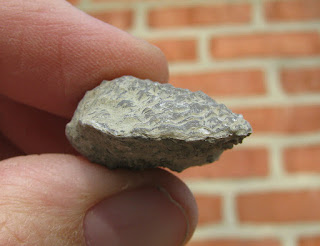 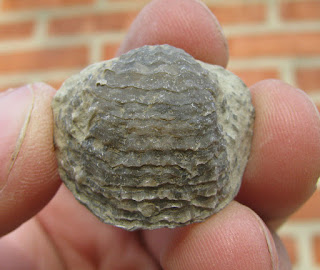 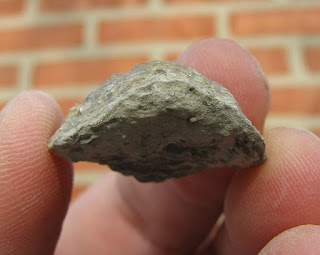 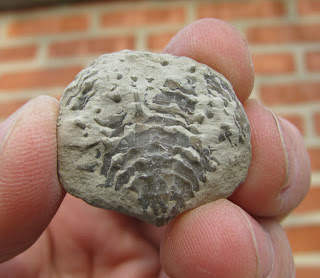 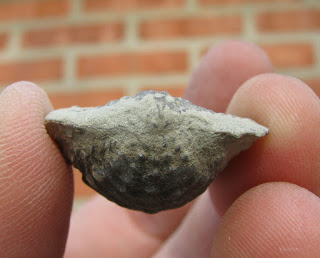 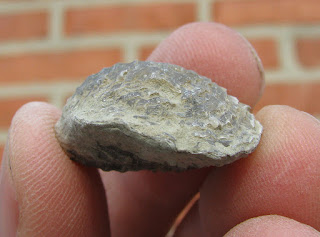 A sampling of several specimens in various growth stages. 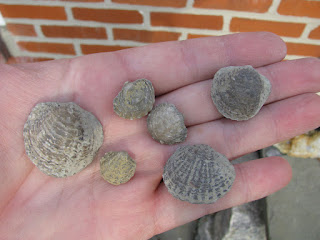 My friend Nathan recently posted a series of pictures of Brachiopods that he found in Rockford, Iowa and were IDed by an expert. He shows two different species of Spinatrypa: S. planosulcata and S. rockfordensis. I believe that the specimens I have could all be classified at S. rockfordensis.

The above specimens came from the Cerro Gordo member of the Lime Creek Formation, which is Upper Devonian (Fransian) in age. Thanks to Nathan for some of the specimens. Others I have picked up in auctions on E-bay.
Posted by Dave at 12:01 AM