Another new brachiopod for me from the Waldron Osgood Shale is Unicinulus stricklandi. This specimen was found near Napoleon, IN and is from rocks deposited during the Silurian (Telychian to Sheinwoodian stage). 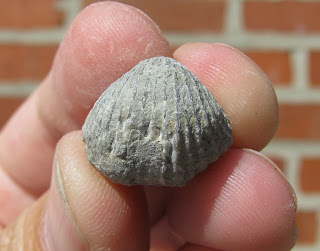 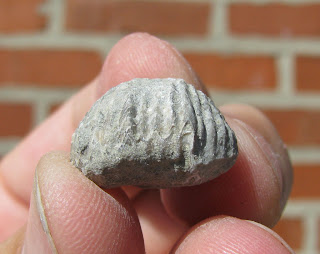 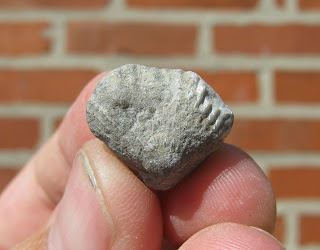 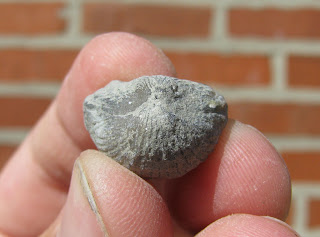 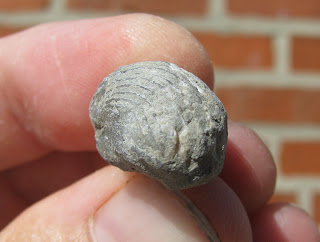 This brachiopod is easy to ID based on the triangular outline of the valves and the general rounded nature of the shell. Some other species within the genera almost look like spheres.

Thanks to Mike over at Louisville Fossils for the helpful Waldron Shale brachiopod guide which is also useful for Osgood shale ID's.
Posted by Dave at 12:01 AM