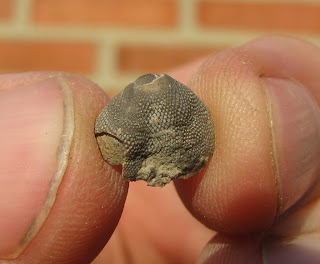 As you can tell the most obvious feature is the shell ornamentation. It's the only brachiopod that I have found with such a complex pattern. 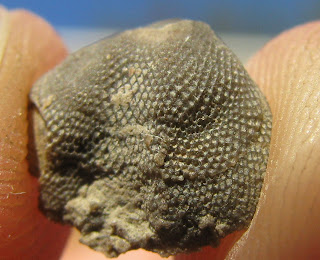 It almost looks like a Bryozoan is coating the shell. I wonder what advantage the ornamentation would have given the brachiopod or was it just a evolutionary dead end?
Posted by Dave at 12:01 AM