Today's fossil specimen is a regular echinoid called Salenia texana from the Cretaceous aged Glen Rose formation of Texas. The Glen Rose formation is 108 million years old which places it in the Albian stage. This fossil is one of the more ornate echinoids from the Cretaceous of Texas. The large, regularly spaced bumps once held club like spines that helped to protect the animal from predators. 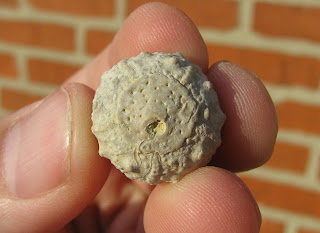 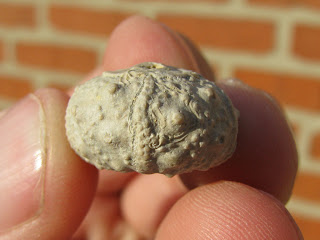 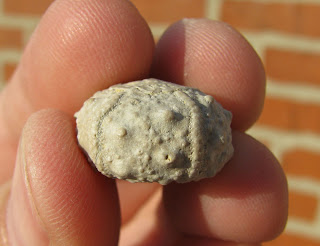 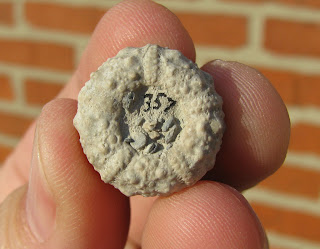 I purchased this fossil from master fossil hunter, Dan Woehr. Check out his collecting reports at The Meanderings of a Texas Fossil Hunter site which is a part of the Brazosport Museum of Natural History's Web site. Dan and his son often have great adventures hunting for fossils which he chronicles along with the fossils they find.
Posted by Dave at 12:01 AM