Hemiaster bexari is an irregular echinoid from the Creataceous period. This specimen was found in the Corsicana formation which is about 68 million years old. This places it within the Maastrichtian epoch and is very close to the end of the Cretaceous. 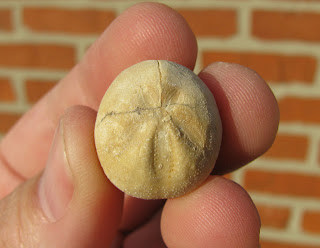 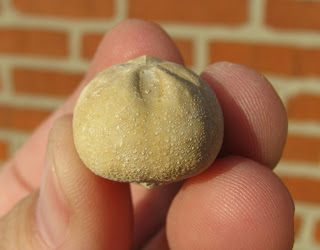 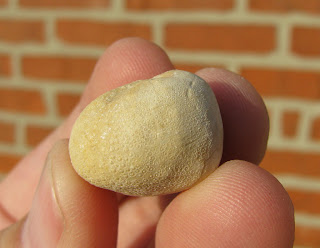 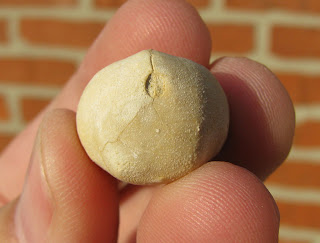 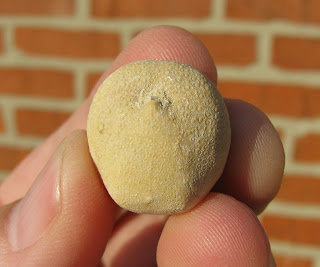 I purchased this fossil from Dan Woehr who seems to know every fossil exposure in Texas! Check out his collecting reports at The Meanderings of a Texas Fossil Hunter site which is a part of the Brazosport Museum of Natural History's Web site. While he won't give out the locations he hunts, he does a decent write up of what he finds and has loads of pictures.
Posted by Dave at 12:01 AM