Platystoma from the Waldron Shale

This large gastropod is called Platystoma. This was a loose fossil that was purchased along with the plates of Waldron Shale at the DMS show. It too is from the Waldron Shale and the size is typical for the species and formation. 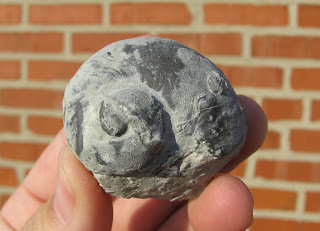 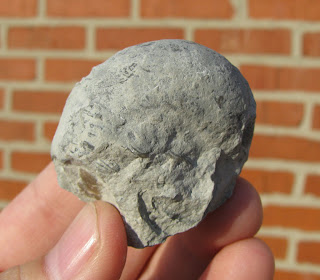 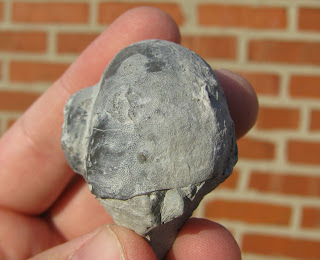 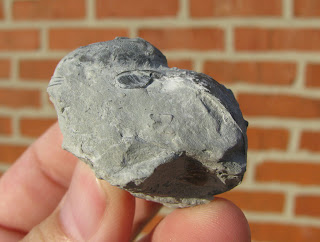 I like that the shell has been colonized by a Bryozoan which forms some neat patterns with it's growth. 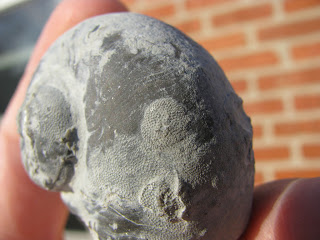 I'd like to try and clean the shell off some more and see if I can find any more Byrozoan colonies. As it is, I don't know if they colonized the shell before or after the snail died.
Posted by Dave at 12:01 AM