Sellithyris sella brachiopod from the Clape Massif of France

I really like the look of this next Brachiopod. It's a Sellithyris sella from the Aptian stage of the Cretaceous (found at the Clape Massif near Narbonne, France) that has part of the shell replaced by the "mineral" Beekite (which is a variety of Chalcedony, itself a variety of Quartz). That and the colors of the shell give it a lot of visual interest beyond the shell itself.

Sellithyris sella is a terebratulid brachiopod that is oval in shape when viewed from the top or bottom.It has a beak with a round foramen on the pedicle valve. Both valves are smooth and convex with a simple "w" shaped fold and sulcus structure on the anterior margin. 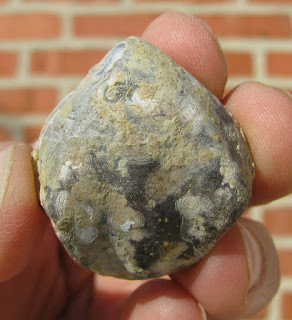 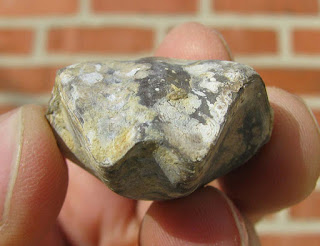 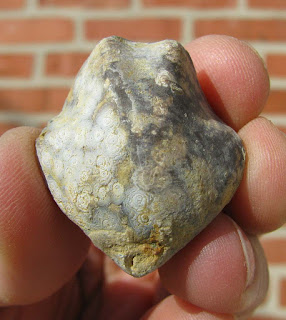 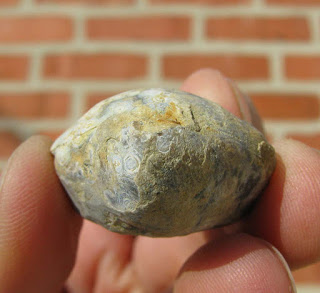 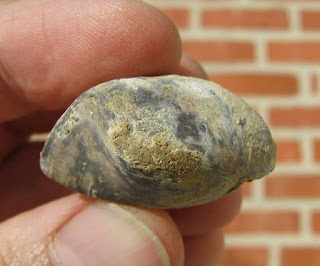 This fossil reminds me of another terebratulid brachiopod called Cererithyris arkelli but that species lived during the Bathonian stage of the Jurassic, about 50 million years apart.
Posted by Dave at 11:06 AM