At the borrow pit near Cole Hill, NY parts of the trilobite Dipleura dekayi are fairly common. Isolated Cephalons and Pygidiums are most common but occasionally whole specimens can be found. Here is a large piece of mudstone with a well preserved Dipleura cephalon. It is half buried in the rock still but the upturned "scoop" like part is intact. I have yet to find a specimen, either whole or as an isolated cephalon, with the eyes intact. They rise up on short stalks and break off easily when the rock splits. Note all the tiny dots or stippling that can be seen all over the cephalon fossil. These are thought to be sensory pits or had some kind of hair like projection coming out of them. Maybe they helped it sense prey as it burrowed through the sediment. 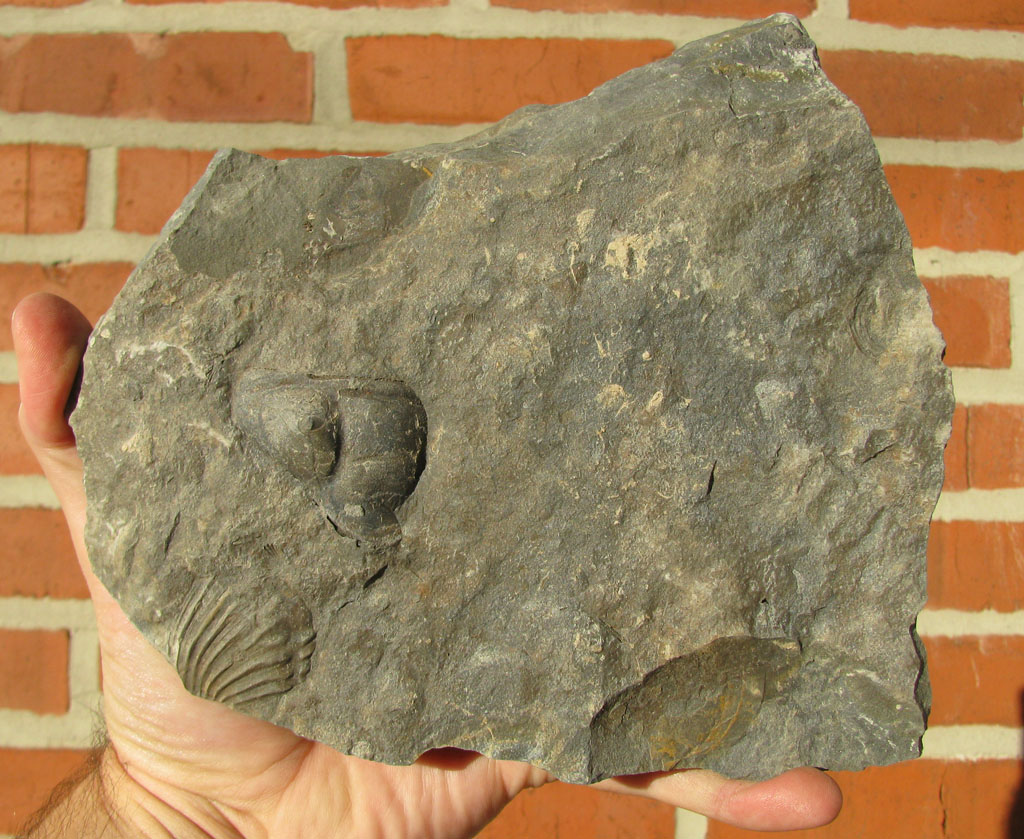 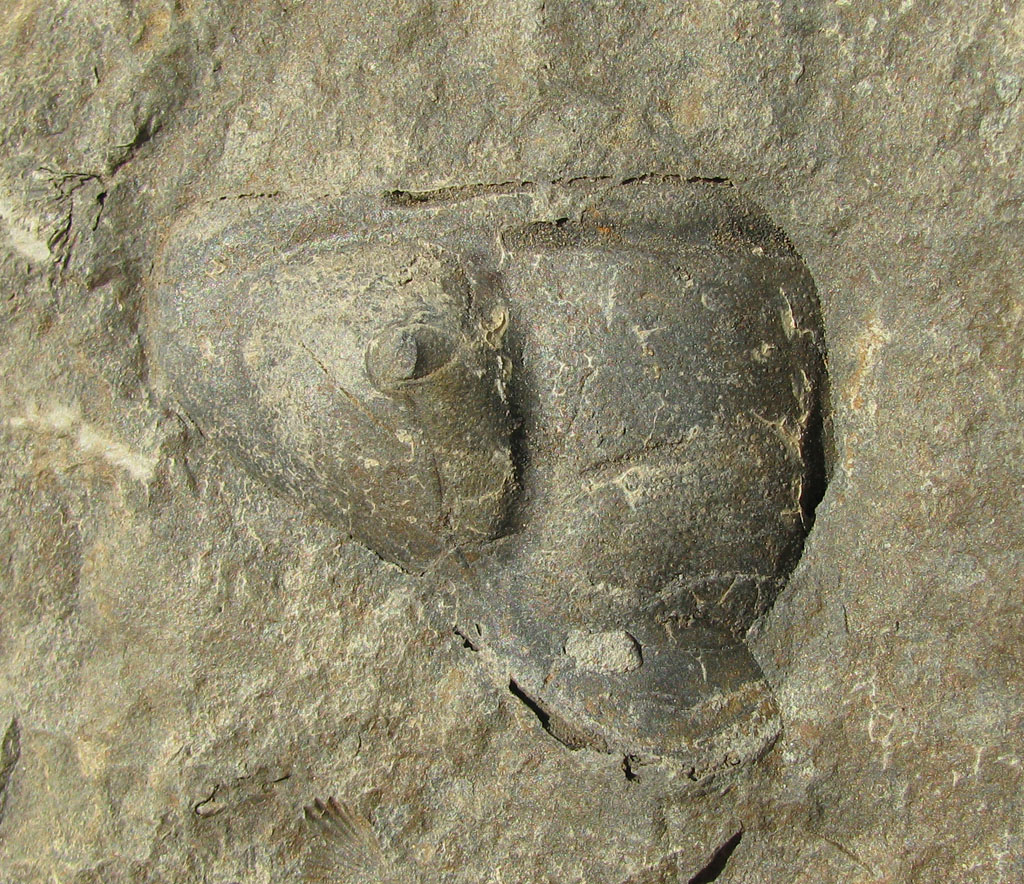 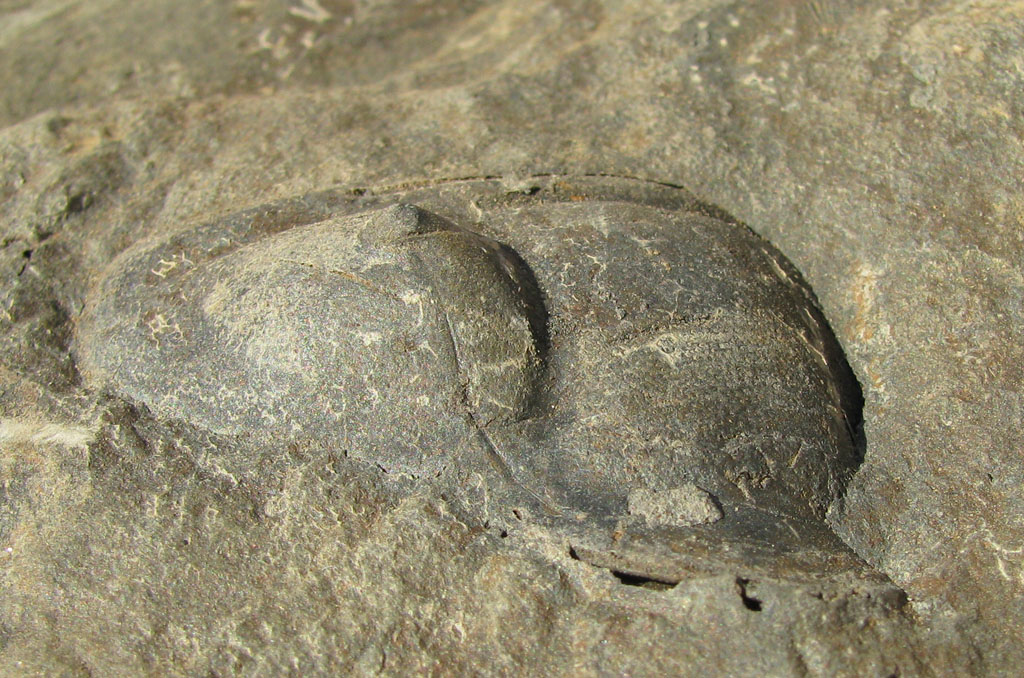 This is an isolated pygidium that shows the same stippled features. 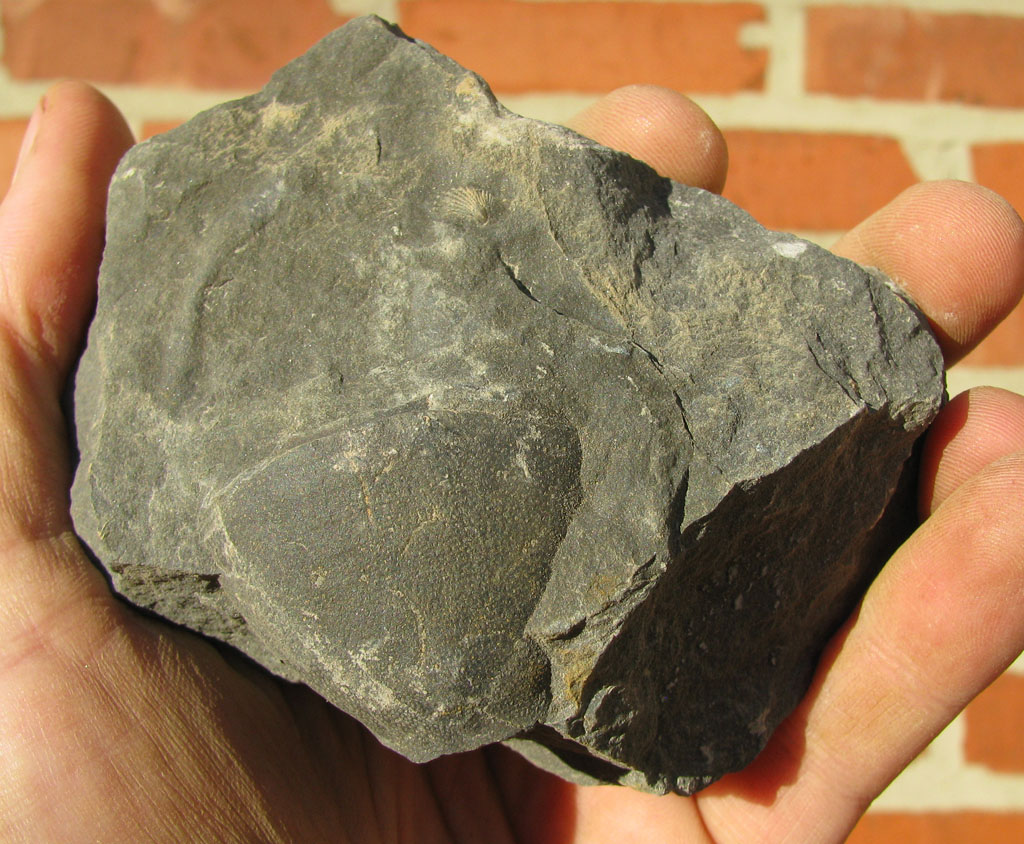 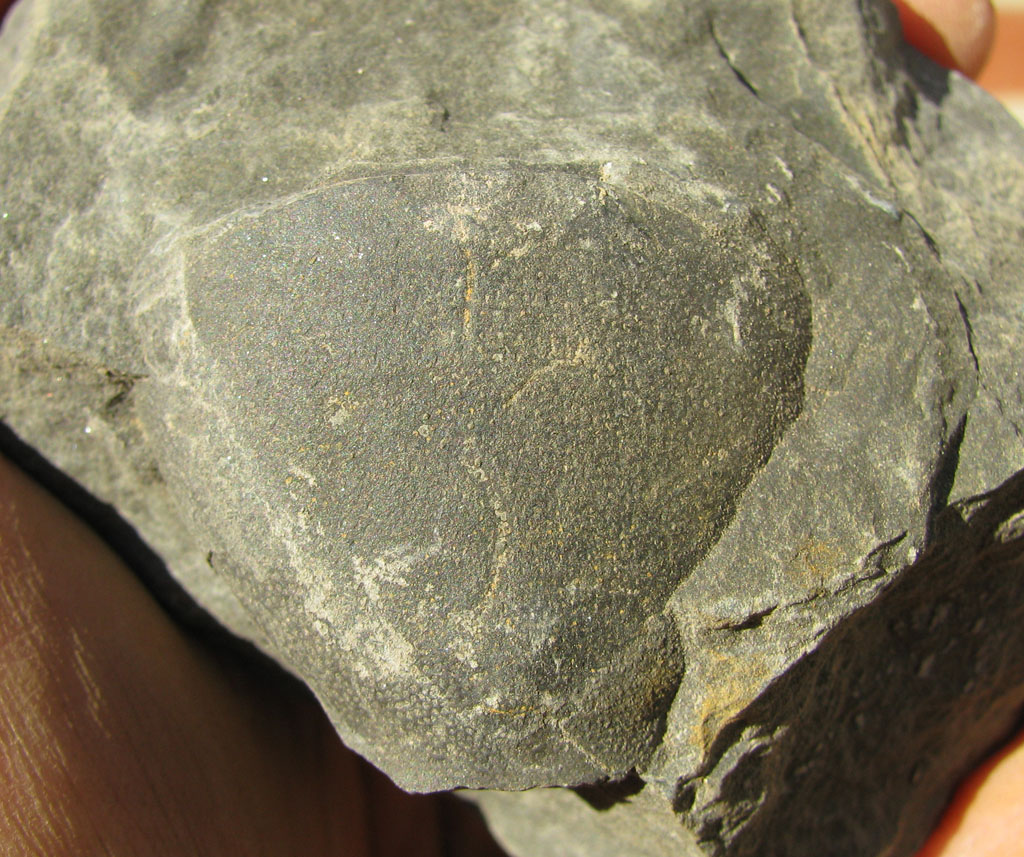 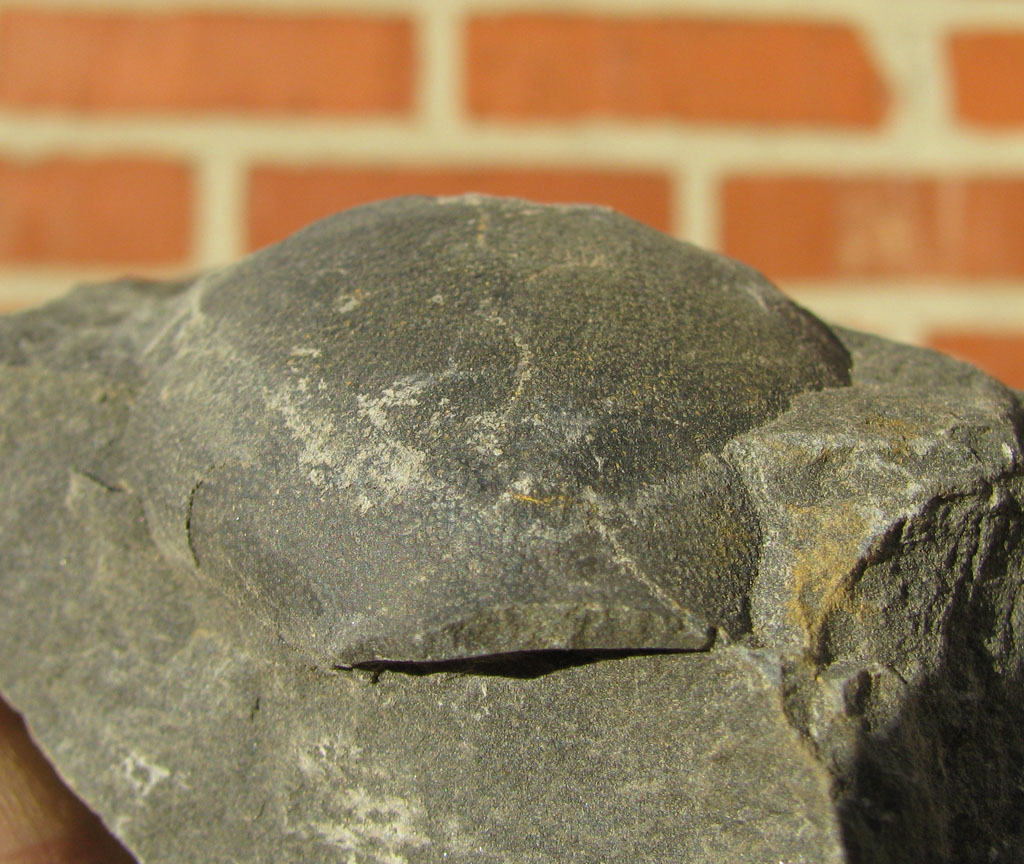 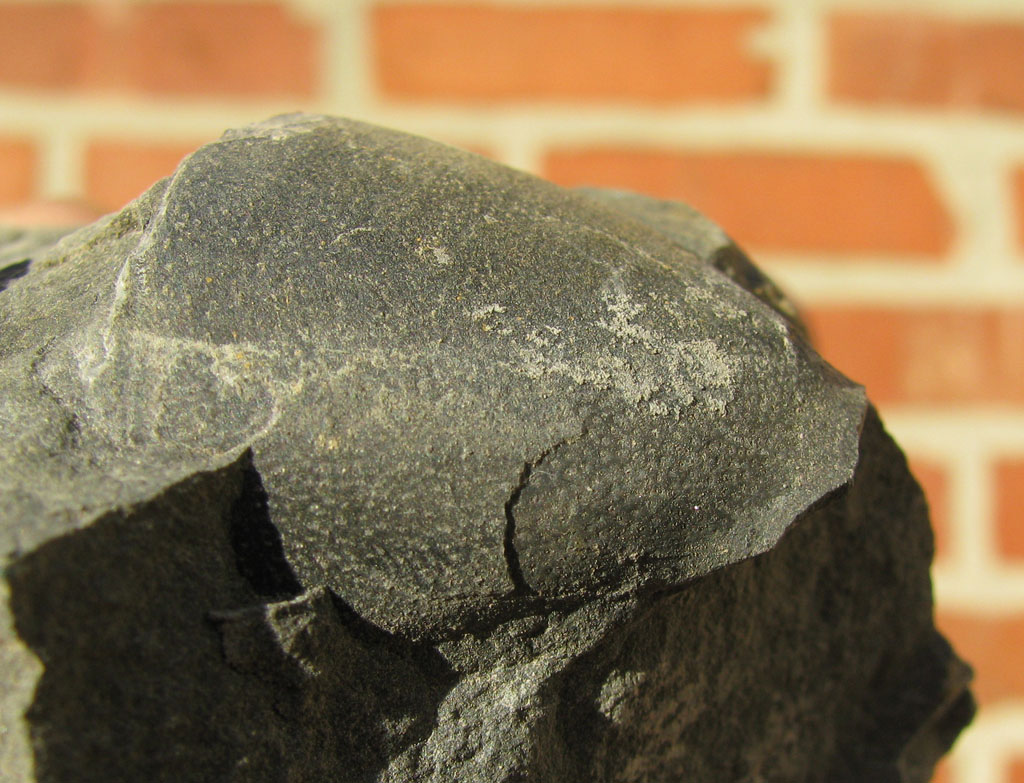 I also found this little enrolled specimen although he is not in the best of shape. 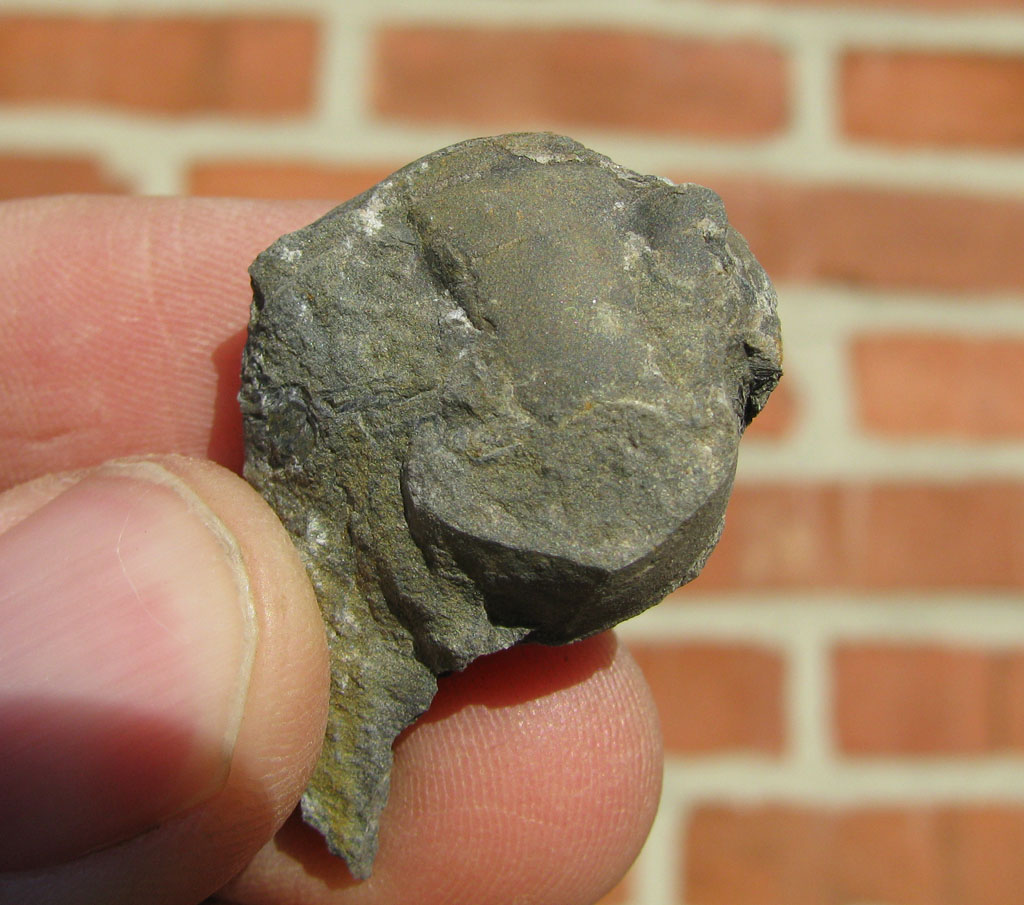 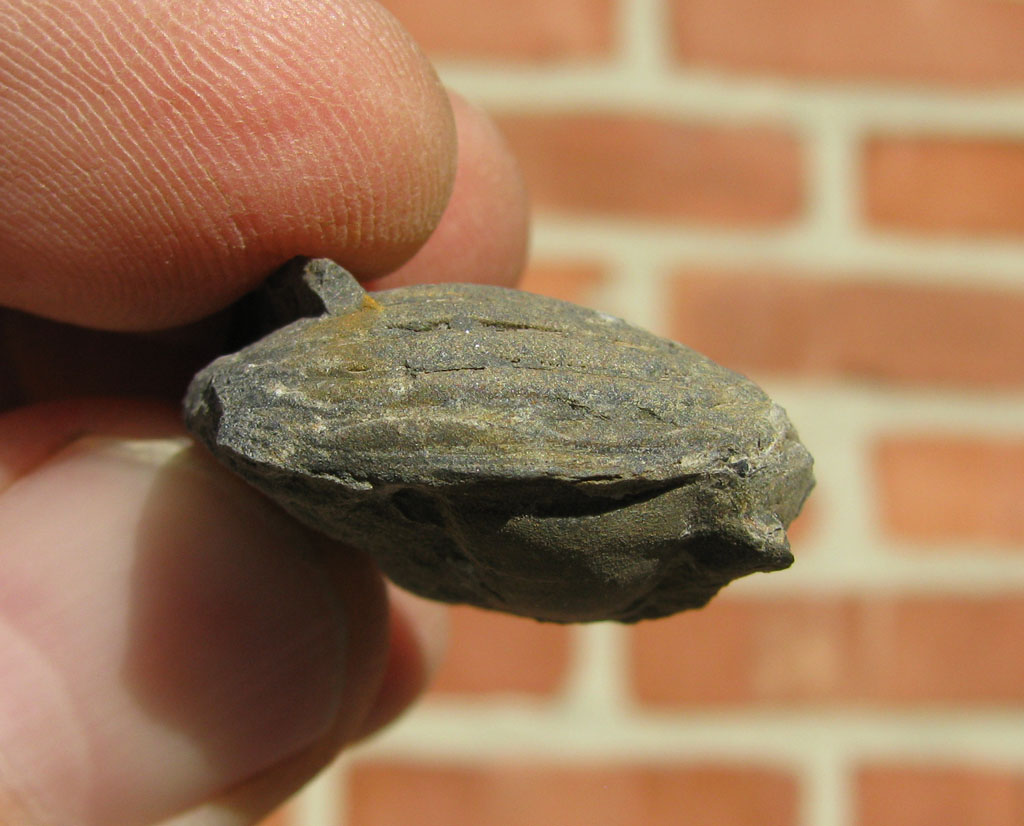 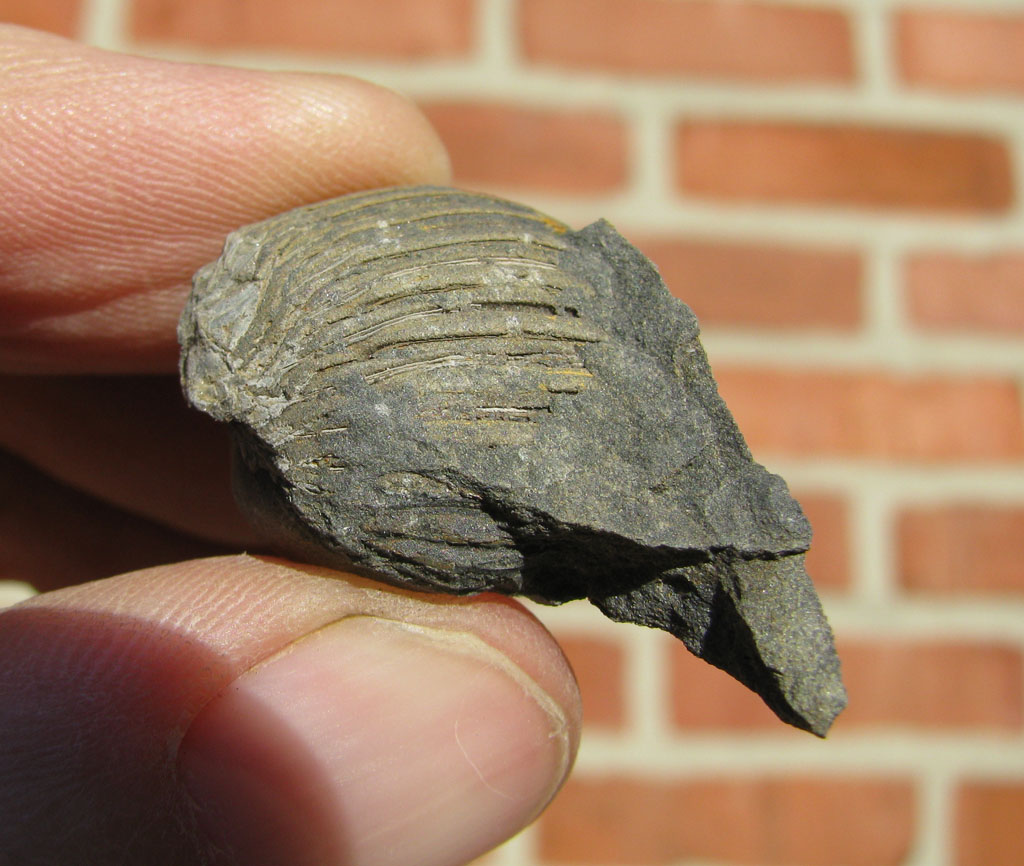 The rocks at Cole Hill are part of the Panther Mountain Formation which are Devonian in age (Givetian stage).
Posted by Dave at 12:01 AM