Another Brachiopod genus that I've found in the Collingswood member of the Whitby formation is Plaesiomys sp. This is a small round shell with the pedicle valve having a prominent beak and deeper shell than the brachial valve. I have two specimen, both of which I believe are pedicle valves. 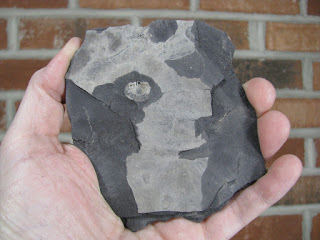 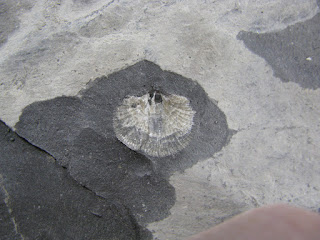 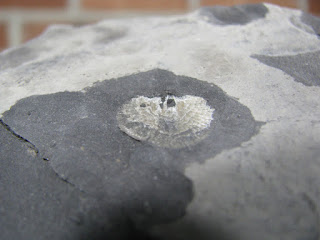 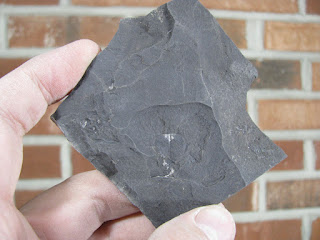 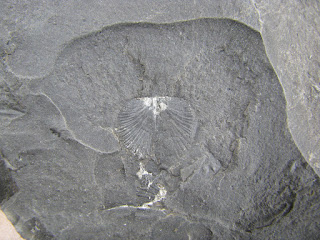 William Hessin states in his book that in order to ID down to the species level you need to count the number of ribs.  Neither specimen is preserved well enough for me to say for sure which species they are. Especially as he writes "Plaesiomys subquadrata (Hall) has from fifty to seventy five ribs whereas Plaesiomys iphigenia (Billings) generally has fewer; from forty five to sixty ribs." I am not sure if those number ranges are based on the starting number of ribs near the beak, and then the end number of ribs near the margin, or just a range of the total number of ribs that are found along the margin.

The Whitby formation is Ordovician in age (late Ordovician, Katian/Mohawkian stage).
These fossils were collected from the St. Mary's Limestone Quarry in Bowmanville, Ontario. I used William Hessin's book "South Central Ontario Fossils", 2009, Self Published, pg. 122 to help identify these fossils.
Posted by Dave at 12:01 AM