In a bag of fossil shark teeth that I purchased I found a number of these triangular shaped teeth. The bag was labelled "Belgrade Quarry" with no other information. I spent a hour or so looking for fossil shark tooth pictures on Google Images that matched what I had and the closest were Carcharocles angustidens. A quick posting to the Fossil Forum website confirmed that these were indeed C. angustidens teeth and that they could be found at the Belgrade quarry.

More web searches ultimately led me to Wikipedia and to the follow logic: These fossils come from the Belgrade quarry in North Carolina. Rocks exposed in that quarry range from the Eocene to the Miocene epochs. C. angustidens existed in the late Oligocene and early Miocene (33-22 mya, Rupelian stage to Aquitanian stage).  That narrows the formations they could have been found in to the River Bend formation (Late Oligocene) and the Belgrade formation (Early Miocene). Both of those formations at one point or another were considered part of the Trent marl which was originally dated to the Eocene epoch. Oh yeah, and C. angustidens was an relative of the Megalodon (no biggie) 1,2,3.

It's nice to have a little bit more information on these fossils as they are a species I did not have in my collection previously. Three of the specimens below would have been found on the front of the shark's jaw while the last one has a little bit more of a curve in it so likely came from along the side or back of the jaw. 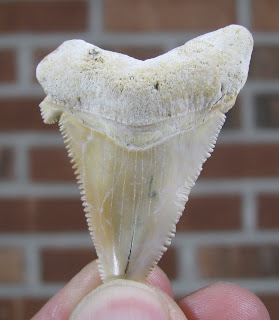 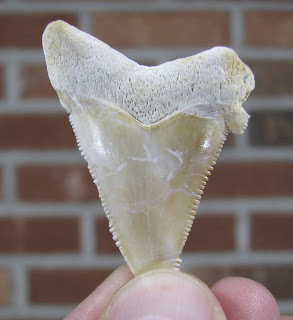 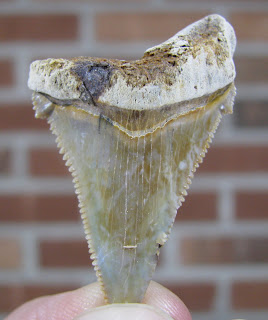 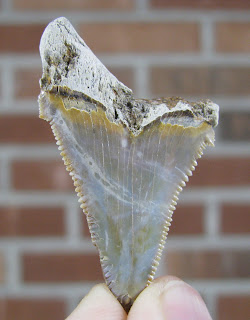 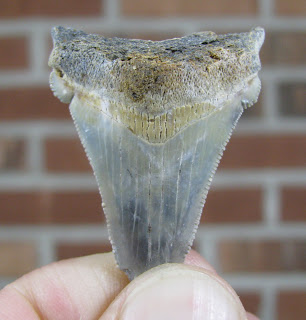 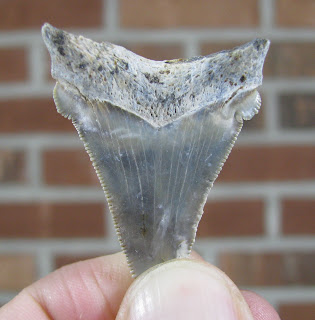 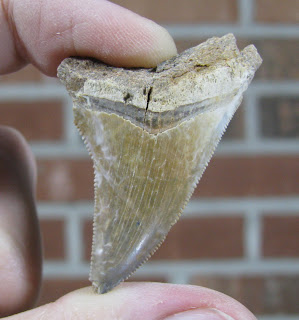 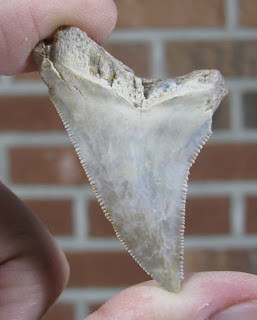 These teeth were found at the Belgrade Quarry near Maysville, in North Carolina in the Belgrade /River Bend formations.