Stropheodonta gibbera brachiopod from the Boid d'Arc formation of Oklahoma

The highly convex shape of the shell of this next specimen is indicative of the species Stropheodonta gibbera. I collected it from the Bois d'Arc formation in Oklahoma. The shell is subrectangular in shape with a rounded anterior margin and straight hing line. The pedicle valve is very convex while the brachial valve is very concave. This arrangement of valves is typical of the class Strophomenata. The surface of both valves have fine costellae that have low relief and fine concentric growth lines. The strong convexity of the shell, which led to the specific name to be inspired by from the Latin word "gibbus", and the appearance of the costellae help distinguish this species from other, similar shells. 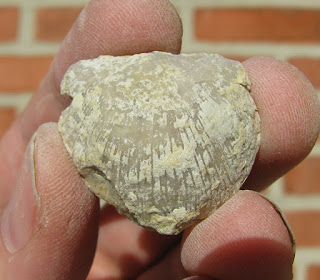 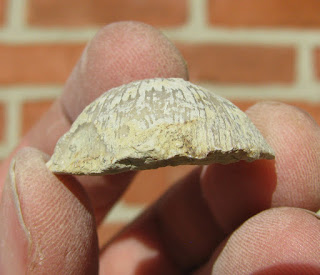 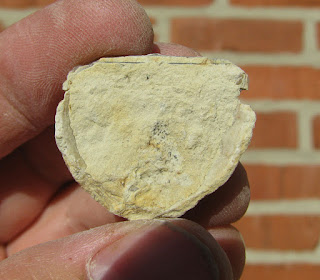 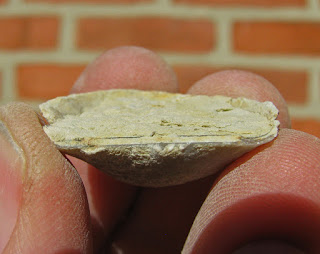 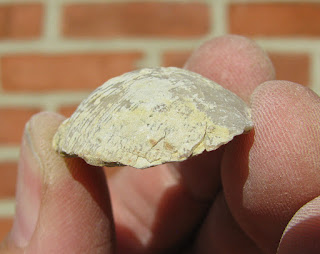 Here is a specimen from the Haragan formation that I blogged about before.