Leptanea rhomboidalis brachiopod from the Bois d'Arc formation of Oklahoma

As may be expected, one of the more common brachiopod fossils from the Bois d'Arc formation is Leptanea rhomboidalis. The shell of the specimens I found are typical for the species with a rectangular outline when viewed from the dorsal or ventral side. Both valves are relatively flat with wide, concentric growth rings and decorated with fine striae  The margins of both valves (except along the hinge) are turned 90 degrees from the rest of the shell and this is most noticeable at the anterior. 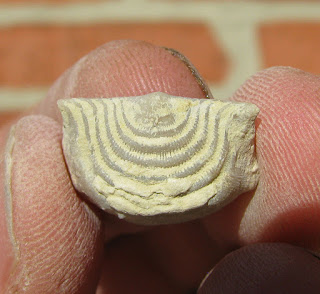 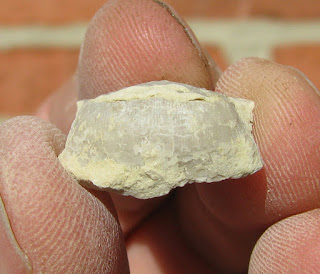 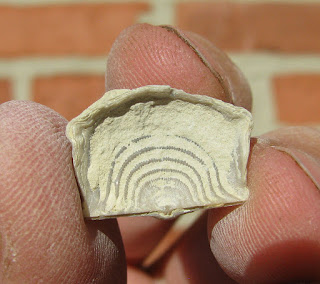 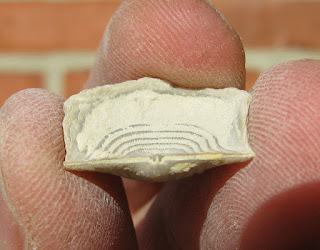 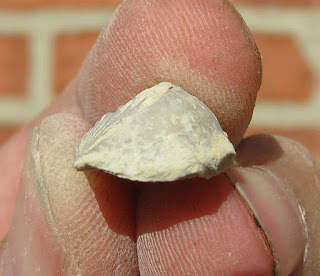 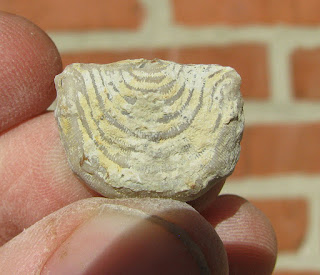 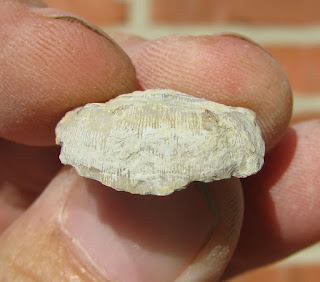 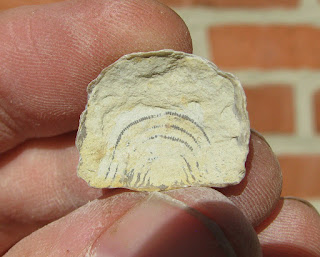 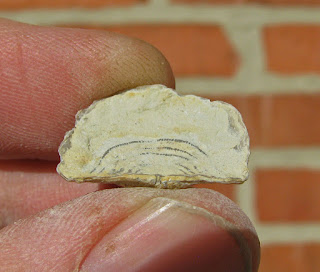 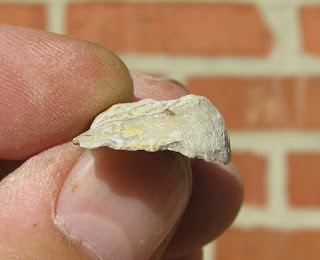 The specimens above can be directly compared to specimens I have collected from the Kalkberg formation and Onondaga formation of New York which were deposited at about the same time. I have also written a post about a similar type shell from the Haragan formation that I have labelled as L. acuticuspidata.