I've received some new brachiopod specimens from Morocco recently and this Gypidulid is one of them. The shell is about as wide as it is long with very unequal valves. The pedicle valve is very convex and curved while the brachial valve is only slightly convex. There is no sulcus in the shell and it is smooth except for some very fine concentric growth lines. I believe this should be called Devonogypa spinulosa after reading the paper, Middle Devonian brachiopods from the southern Maïder (eastern Anti- Atlas, Morocco). Halamski, A.T. and Baliński, A., 2013. Annales Societatis Geologorum Poloniae, 83: 243–307 since it seems to match both the description and the specimens illustrated in the plates.  Within the paper the authors refer to this species as coming from outcrops of the Taboumakhlouf Formation (Devonian, Eifelian to Givetian stage) on El Mrakib (a mountain near Alnif) and the specimens I received came from there as well. 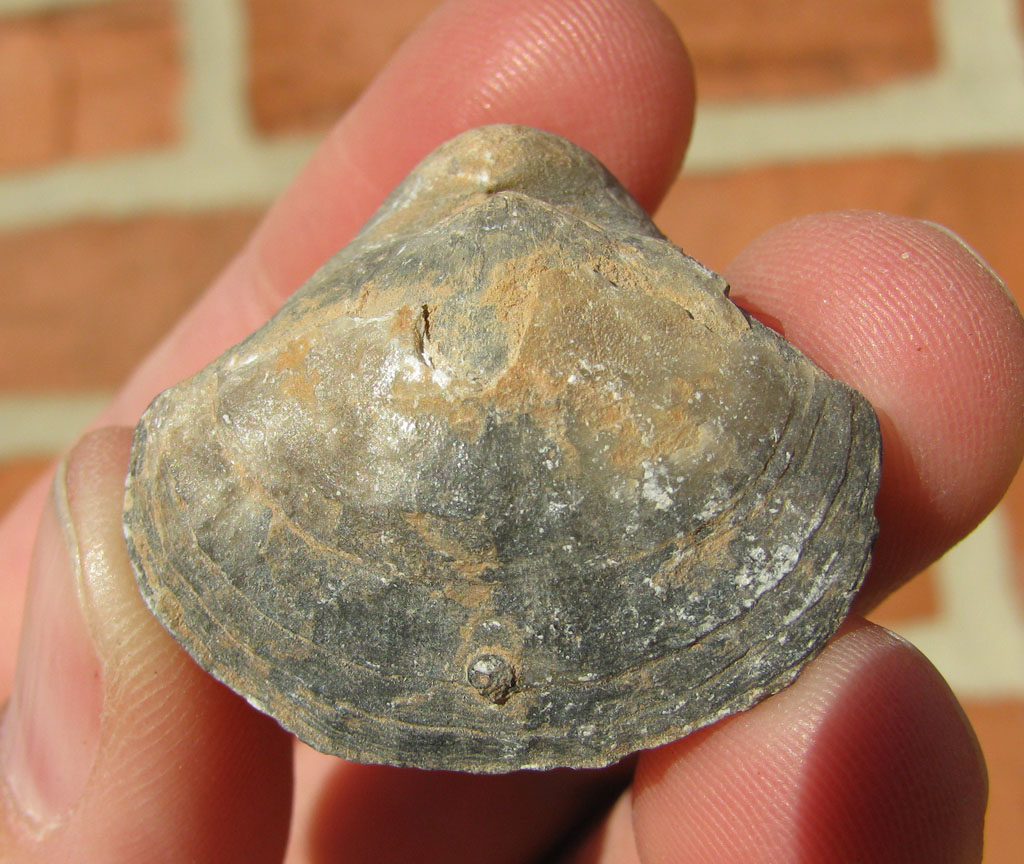 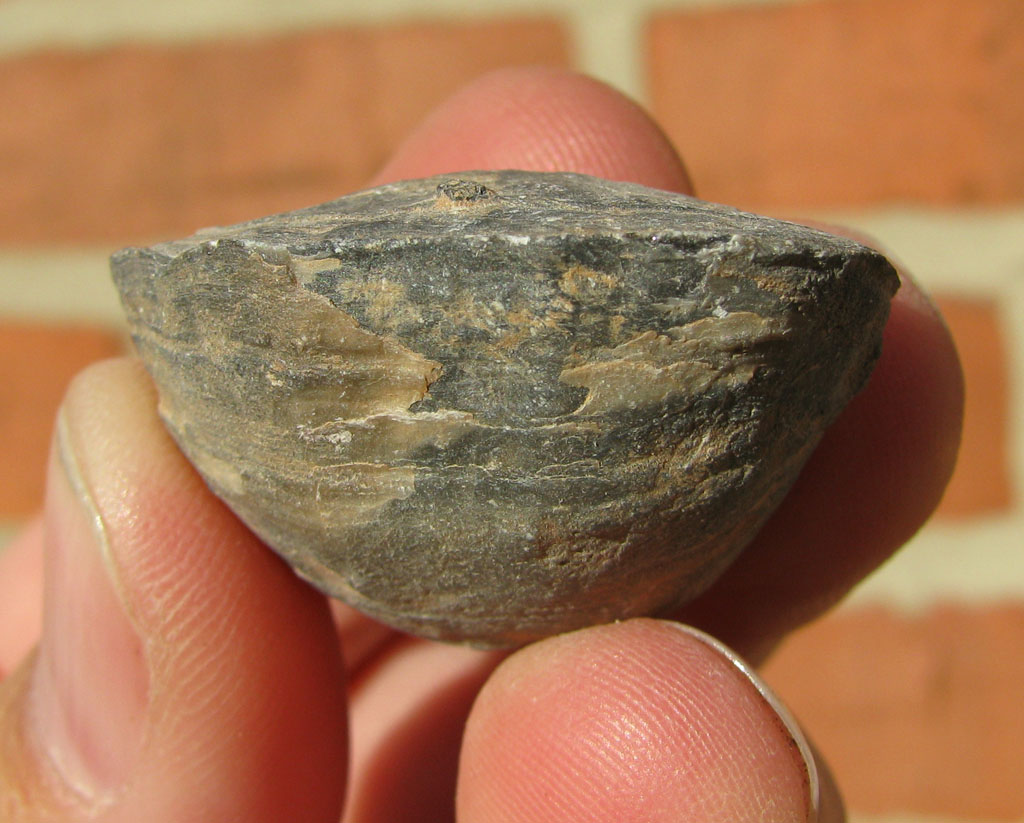 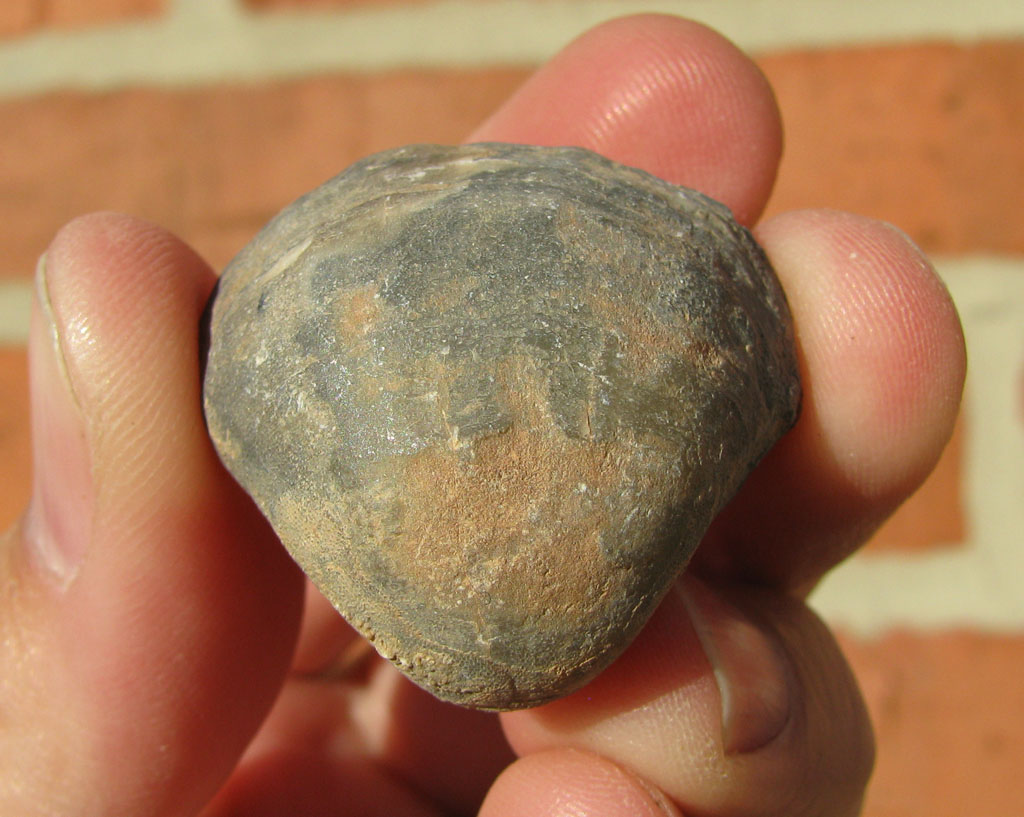 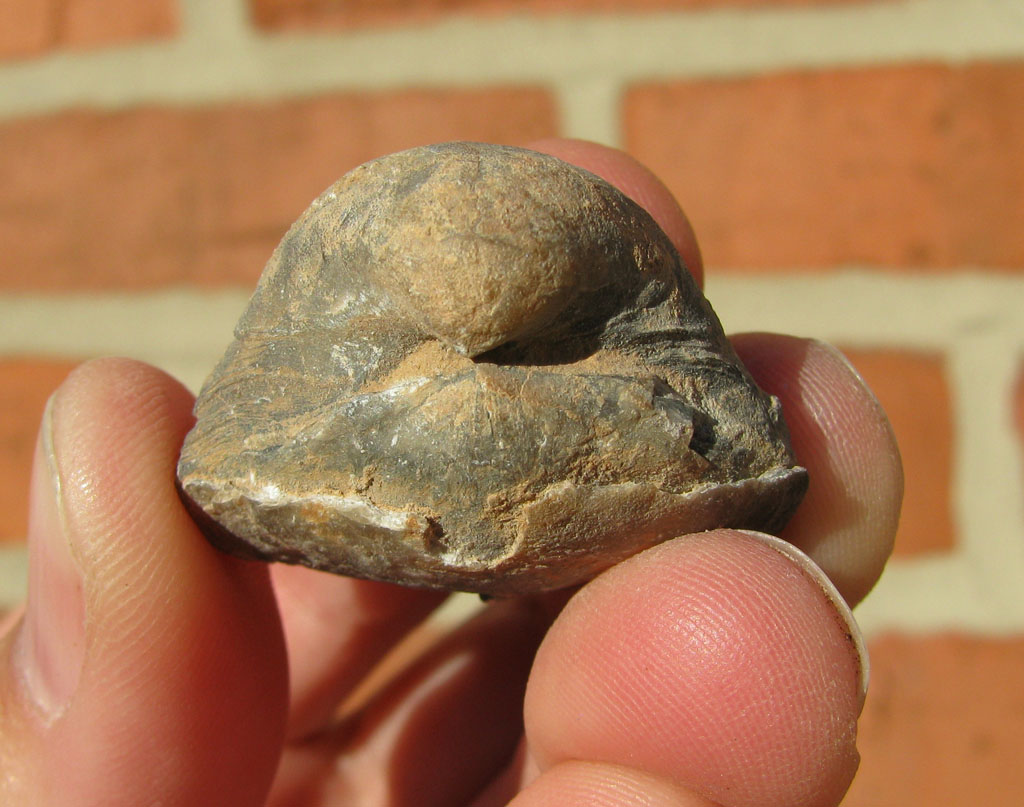 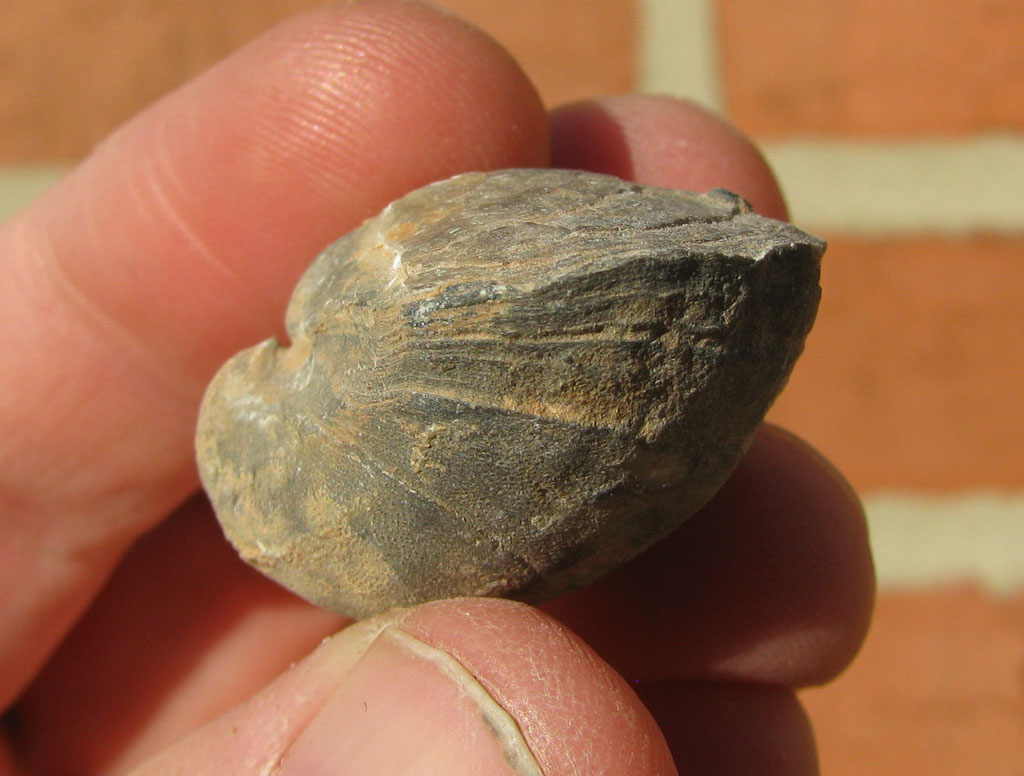