The small Terebratulid brachiopod Cranaena romingeri is one of the few smooth shelled brachiopods that can be found in the Silica Shale (Devonian, Givetian stage).  It is distinctive despite it's rather mundane, unornamented appearance. The shell is oval shaped with two convex valves. The pedicle valve is a little longer than the brachial valve and is marked with an obvious circular depression (called the foramen) where the pedicle muscle would have extended outward. This specimen was collected from a quarry in Milan, MI. 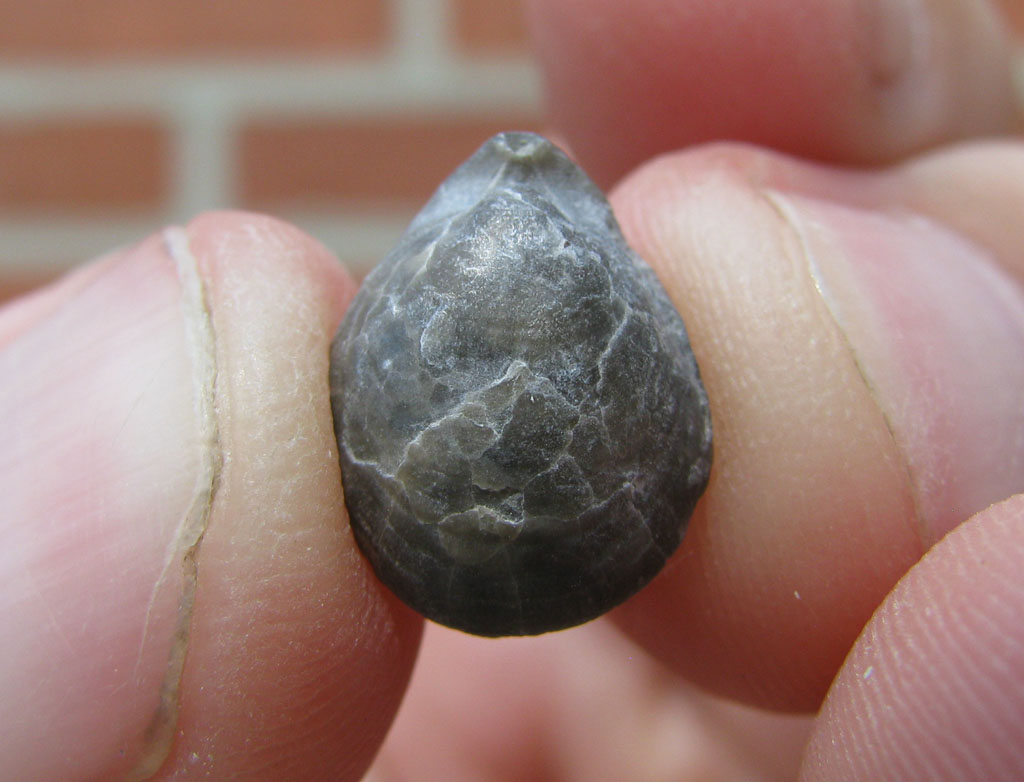 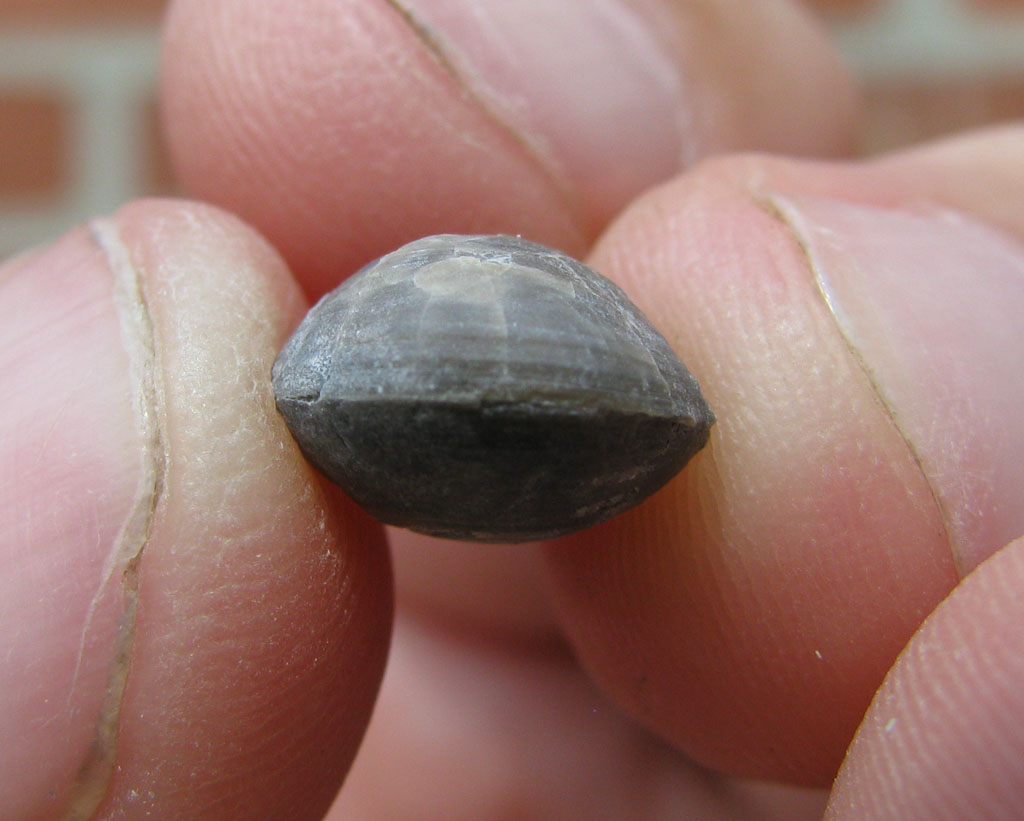 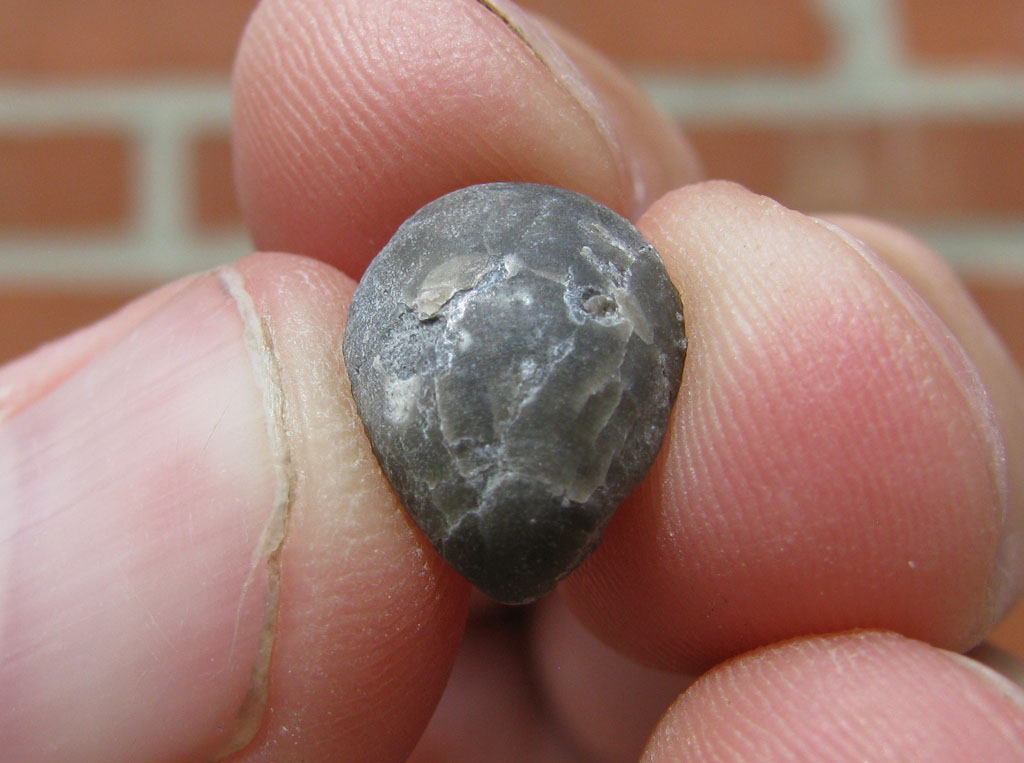 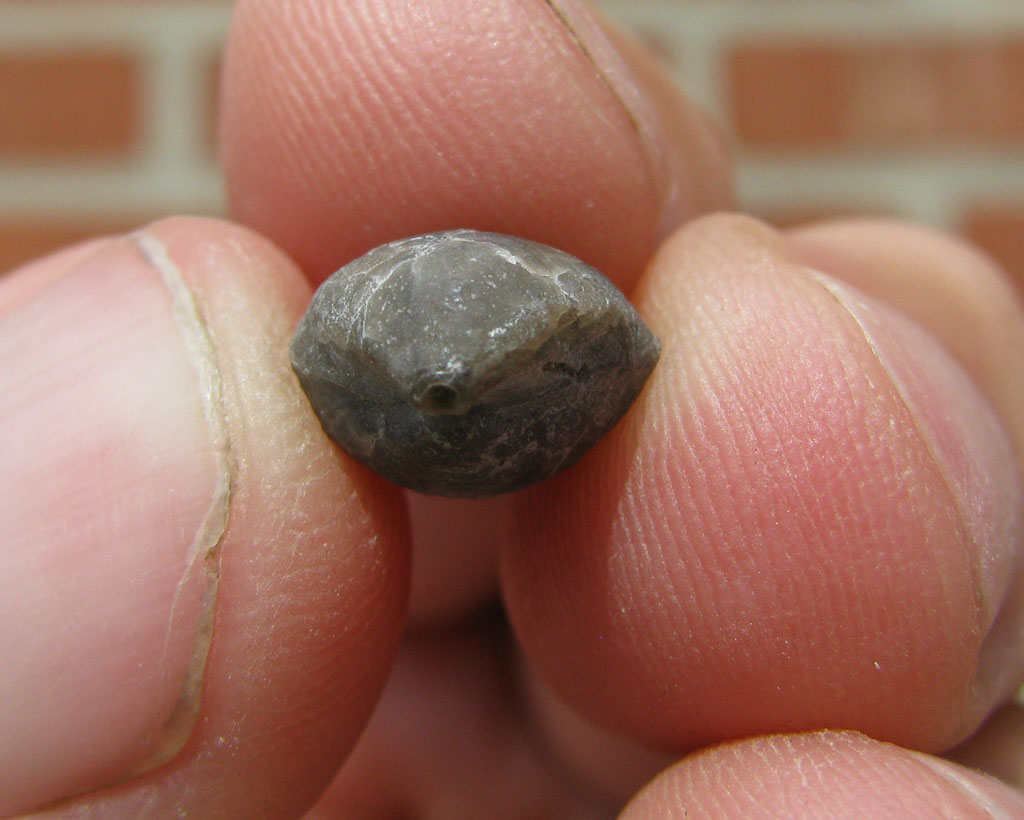 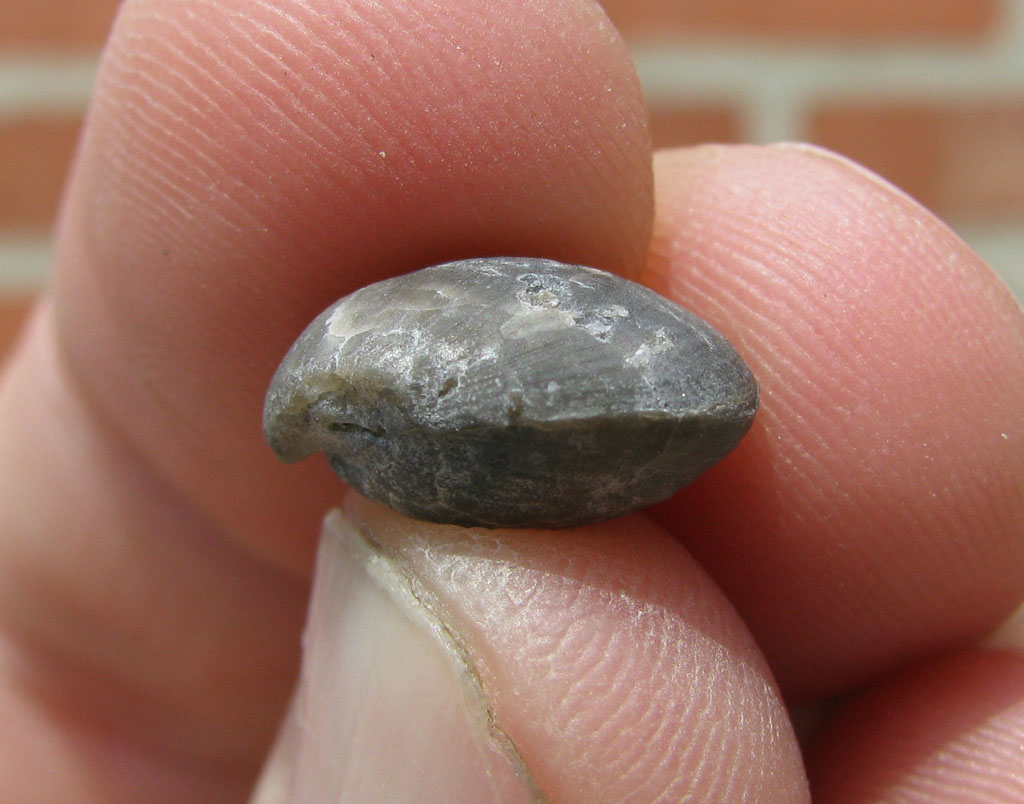