I really like this coral fossil of Macgeea bathycalyx. It comes from the Nims member of the Junkerberg Formation (Devonian, Eifelian stage) near Rommersheim, Germany. It is an interesting fossil because it looks like a typical rugose coral, with a typical horn shape and cup, but the septae extend on both sides of the cup rather than being confined to the interior. Macgeea bathycalyx is a member of the Phillipsastreidae family of rugose corals and is related to Pachyphyllum sp. corals such as this Pachyphyllum woodmani from the upper Devonian of Iowa. 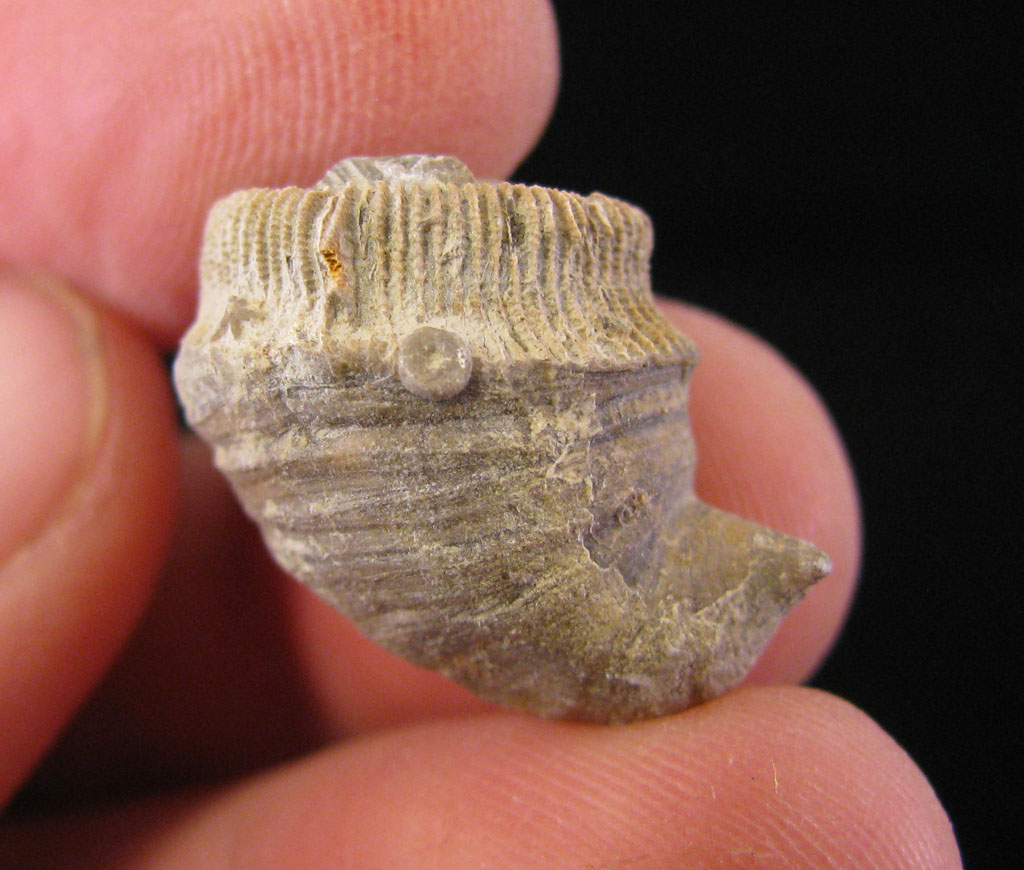 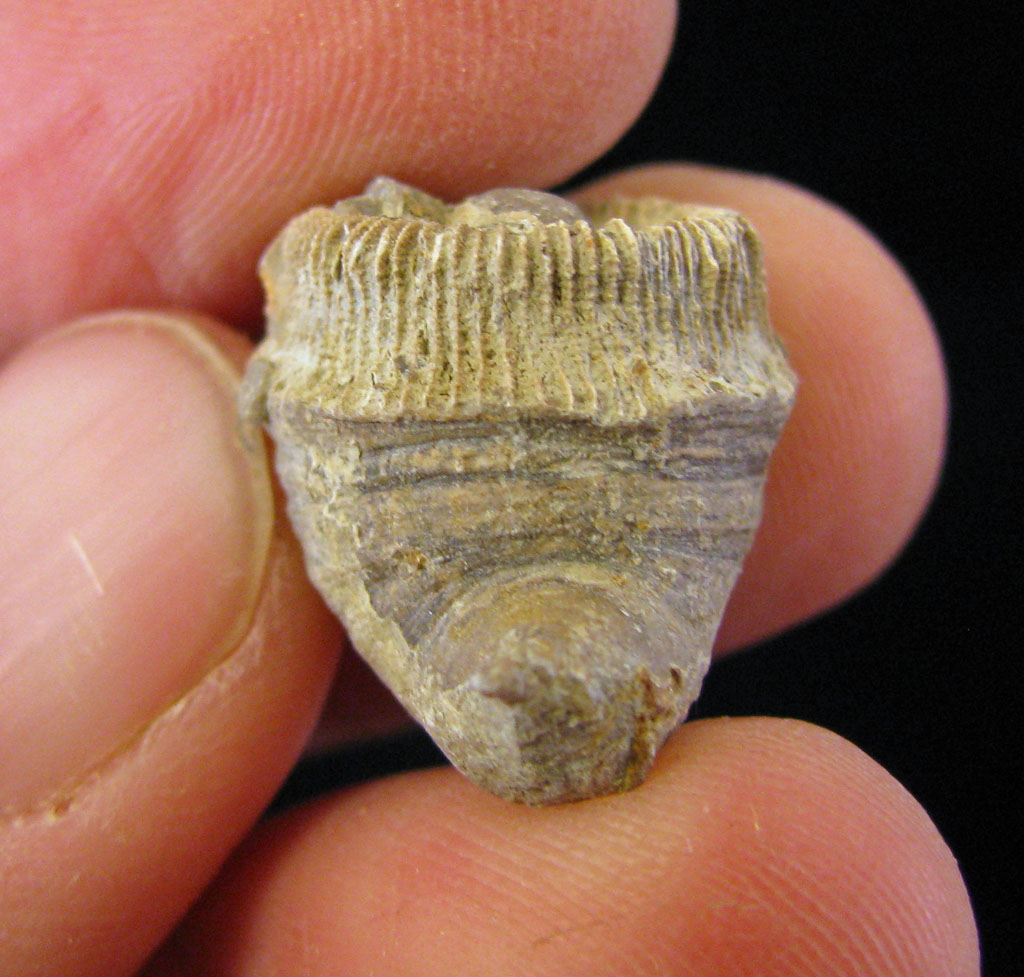 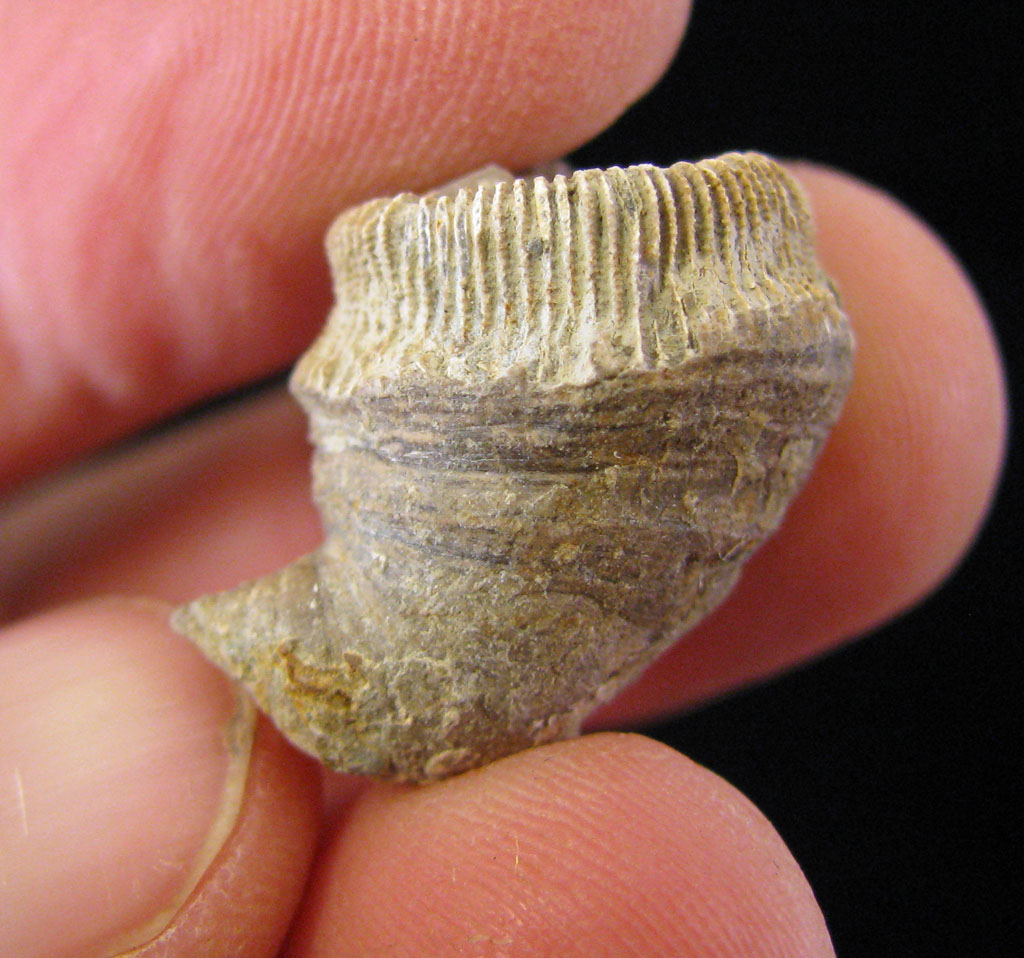 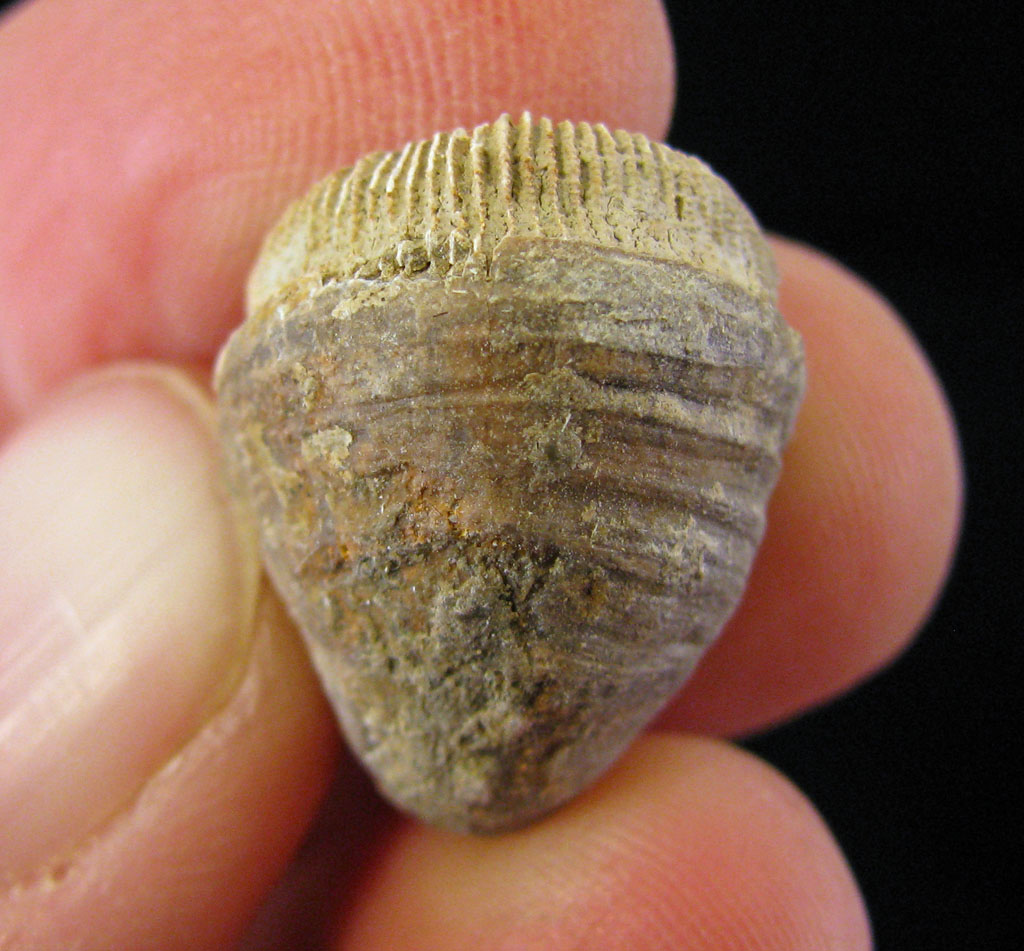 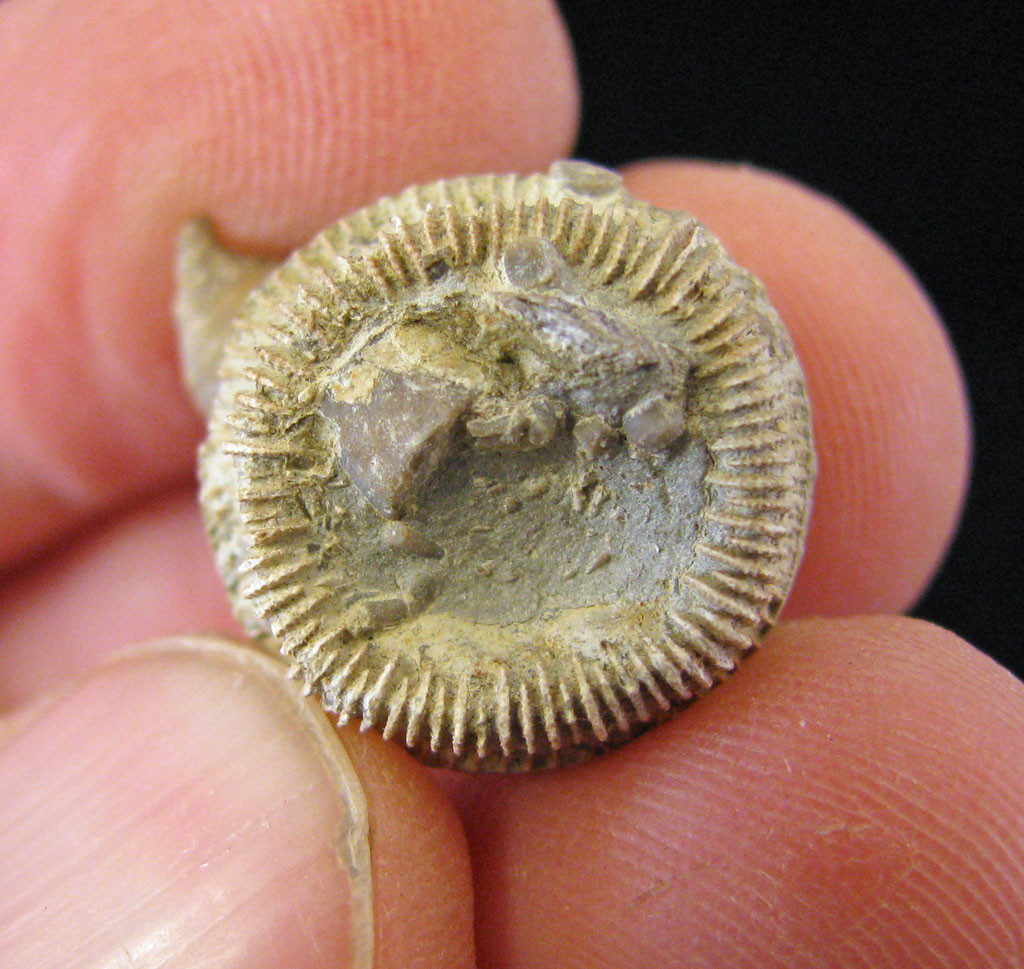 It's interesting to note that the genera Macgeea is found in the US but moreso in the upper Devonian (Fransian stage) rather than the lower to middle Devonian where this specimen comes from. It may be a transplant species that spread as continents came together in the late Paleozoic era.

Thanks to Nils for this specimen.
Posted by Dave at 12:01 AM