Here is a partial specimen from a larger coral head of Favosites hamiltoniae. It's from the Tichenor Limestone member of the Moscow formation and was recovered from the Penn Dixie site at Blasdell, NY. It's not too uncommon to find these at the site as they are regularly turned up when they excavate drainage trenches on the site. The coral heads can reach several feet in size and indicated that the water they grew in was clear and relatively free of sediment (otherwise they would be buried by sediment influx).

This is a side view of the specimen that shows the individual corallites side by side in columns. The regular horizontal platforms were made by the animal as it grew upwards. Every now and again it would lift it's body and make a new shelf below it for support. Each colony increased clonally by budding  off the side of a corallite as well as sexually by releasing eggs and sperm into the water. You can see how the central corallites grow more vertically while those that budded later are angled towards the side of the head. 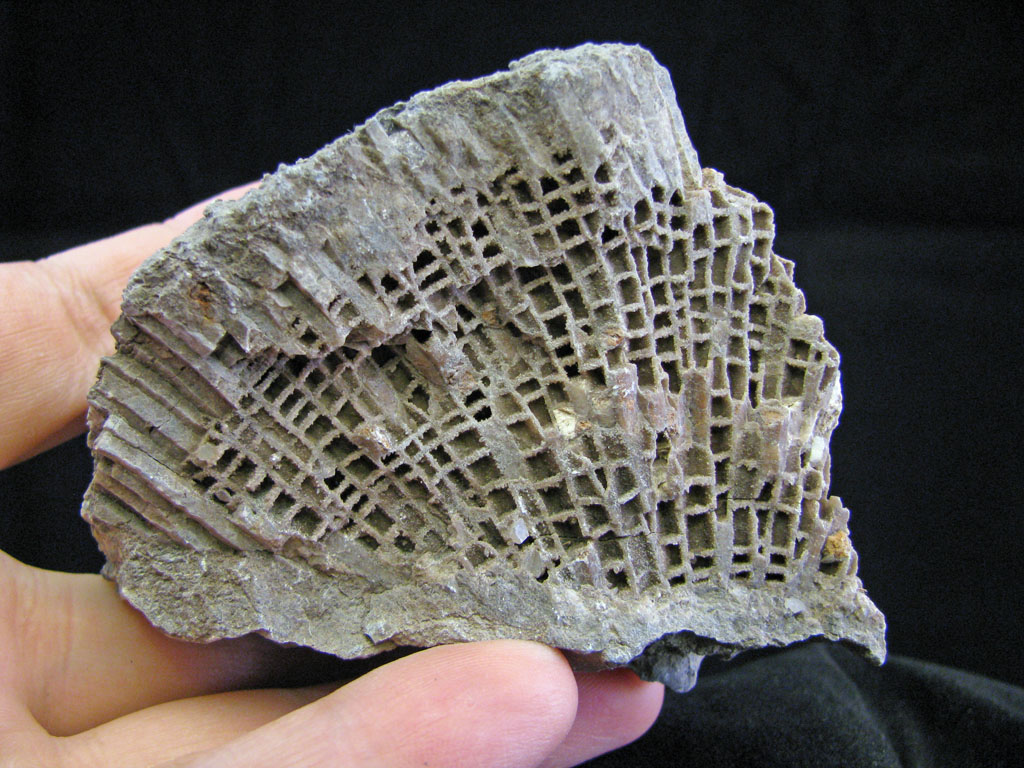 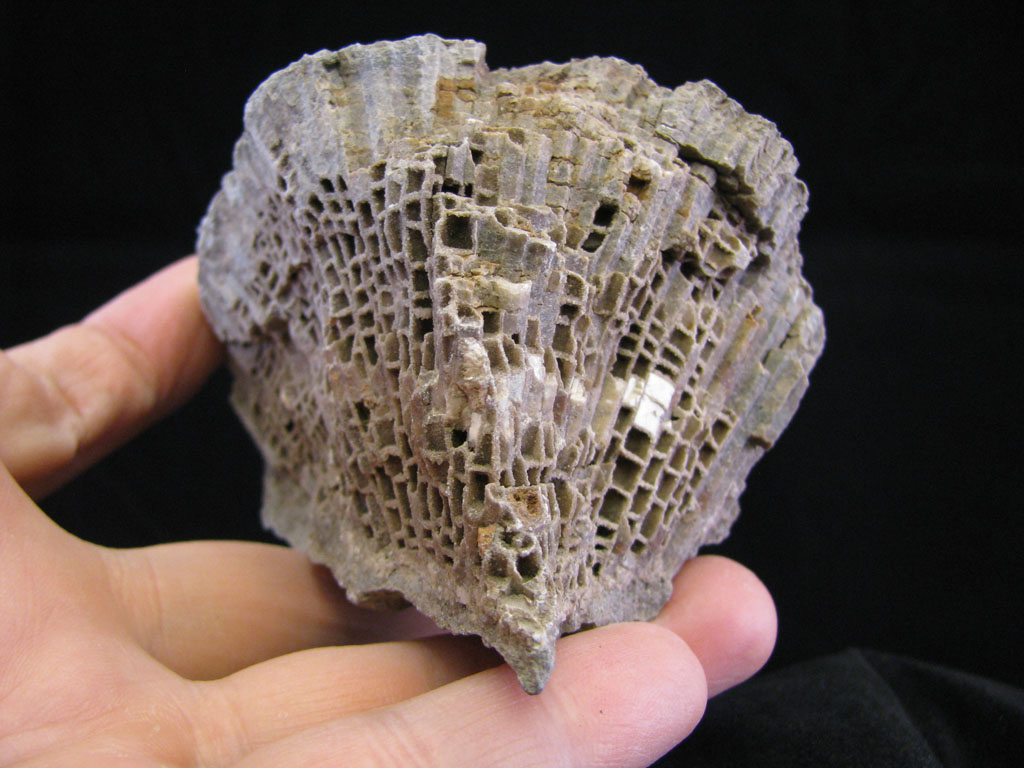 Some of the cells are filled with Chert (white), Calcite (grey) or Dolomite (orange). 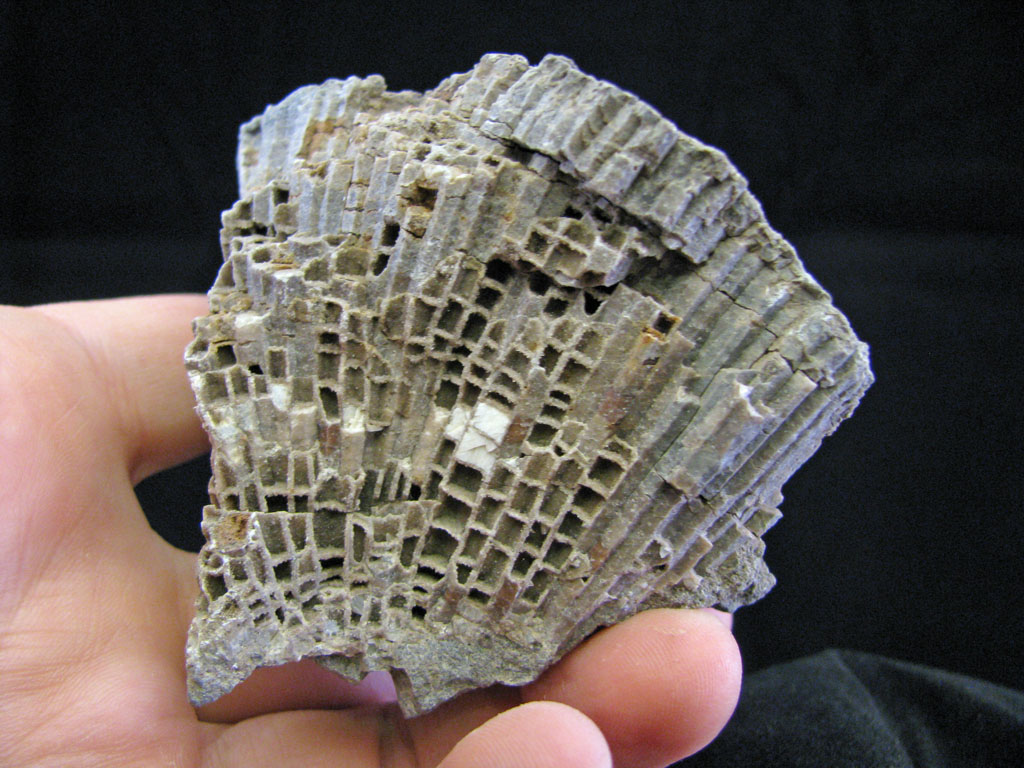 This is the top of the piece which still have some shale coating on it that obscures the honeycomb like pattern of the individual corallites. 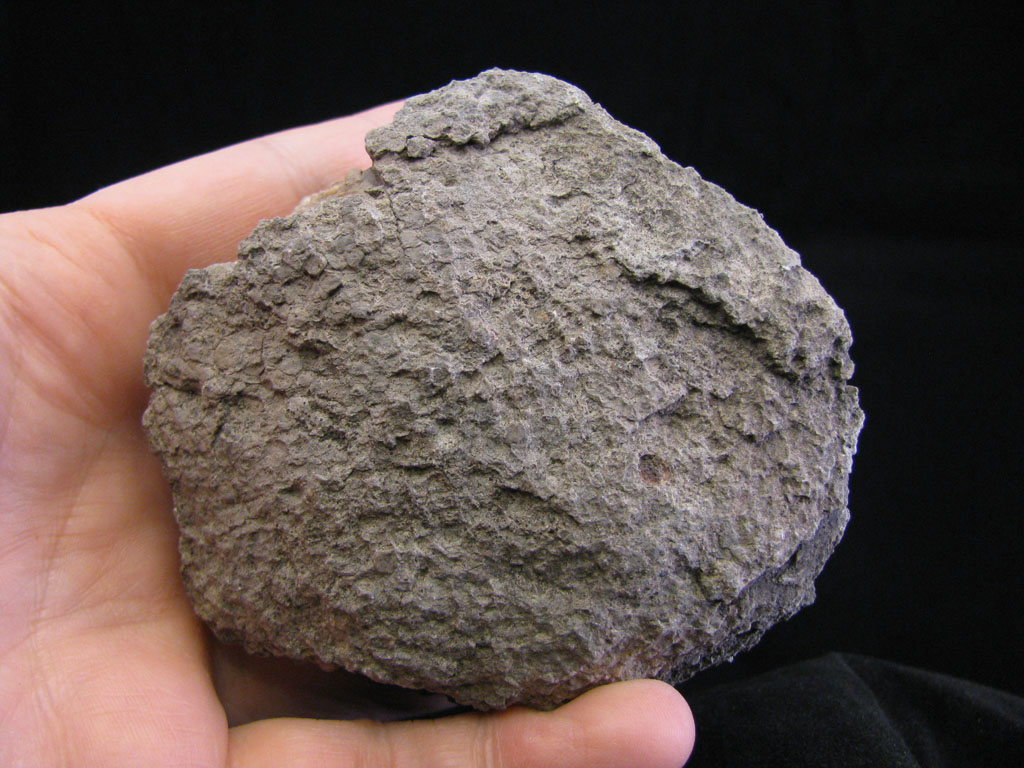 The Tichenor Limestone is the basal member of the Moscow formation lying directly on top of the Wanakah shale of the Ludlowville formation. It is Devonian period, Givetian stage.
Posted by Dave at 12:01 AM