Much of the mollusk fauna preserved in the unconsolidated Cretaceous aged sediments of New Jersey and Delaware is found as steinkerns or internal casts of the original shells. The original shell material often has been dissolved away by ground water or otherwise weathered such that it is no longer present. It makes things a bit more difficult when trying to ID what you found down to the species level.

Here is a specimen of a steinkern from a Cardium type shell. It is a little beat up along the sides but it could be a Cardium spillmani. Notice all the indentations that are preserved in the cast. I interpret these as molds of various worm or bryozoa fauna that colonize or parasitize old shells. 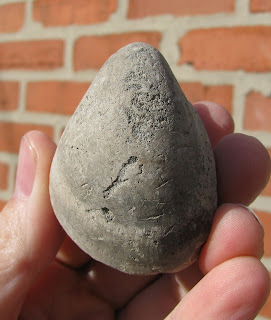 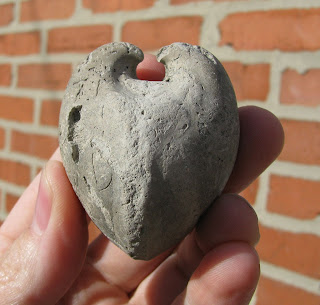 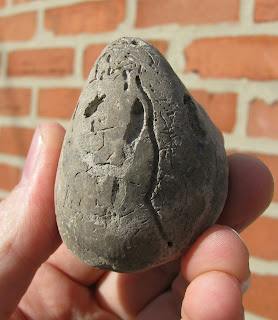 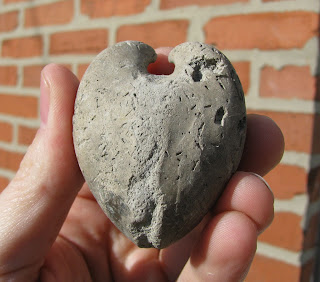 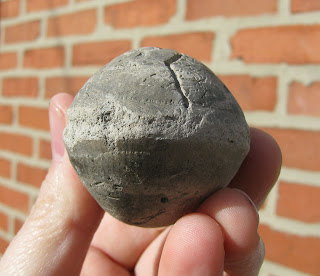 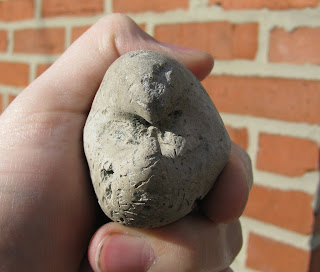 Another specimen that likely fits in the Cardium genus and could be a Granocardium tenuistriatum is shown below. It is smaller than the above specimen and in better shape. 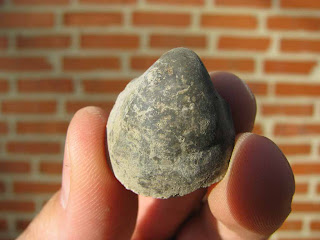 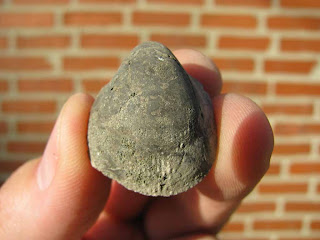 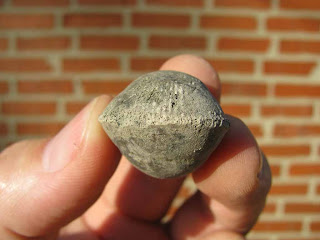 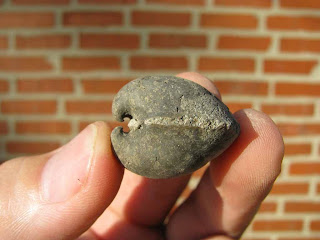 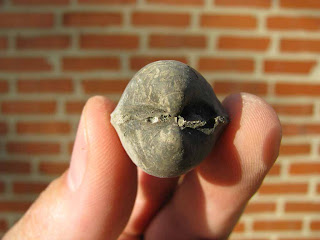 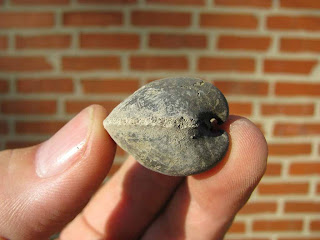 Both specimens come from the C and D canal in Delaware but I can't say for sure what formation. They were collected from spoil piles left over from the dredging of the canal which mixed the sediment from several formations together. What I do know is that they are from the late Cretaceous (Campanian stage to Masstrichtian stage). I tried to ID the specimens from Bulletin 61, "Cretaceous Fossils of New Jersey"  published by the New Jersey Geological Survey, 1958. There are two volumes of Bulletin 61: Part 1 and Part 2 .
Posted by Dave at 12:01 AM