Pleurodictyum is a favorite coral of mine and recently I found a couple of specimens at a site that exposes the Kashong shale member of the Moscow formation in New York. Both are smaller than most that I find but the details are well preserved.

Specimen #1 - This one was found by my friend Mikey who gave it to me since I had not found too many of my own yet. 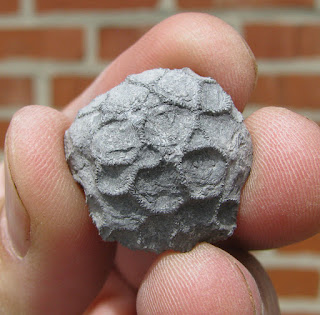 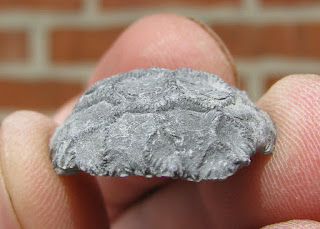 I need to clean the shale off the bottom of this a little more to see if I can find an impression of what the coral settled on when it started to grow. 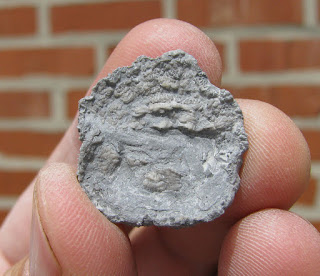 Specimen #2 - When I first found this specimen I thought it might be Alveolites as it was growing on the side of a Crinoid stem section. After cleaning I can see that it clearly is a Pleurodictyum americanum. 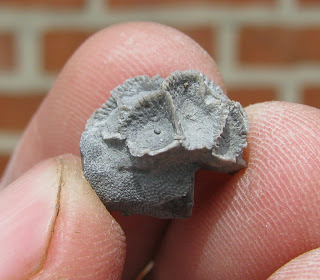 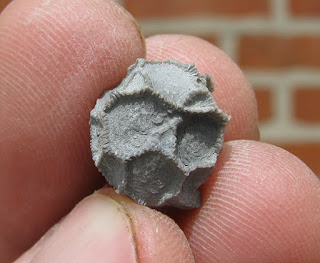 Below you can see the flat base of the Pleurodictyum. If this were an Alveolites then the coral would wrap around the Crinoid stem and there would be evidence of constricted growth of the stem itself. There is a bryozoan that had previously grown on the stem so I think this was a case of the Pleurodictyum colonizing a piece of crinoid stem that was partially buried in the mud. The first poylp settled on a hard surface (the crinoid stem) and started growing before being later smothered by shifting currents or a storm flipping it over. 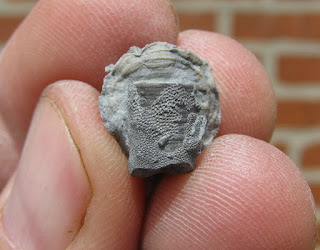 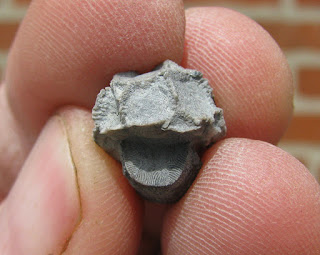 The Kashong shale is a member of the Moscow formation within the Hamilton Group of New York. It is dated to the middle Devonian (Givetian stage).
Posted by Dave at 12:01 AM