A few months back I bought a pair of Eucalyptocrinus crinoid calyx from a seller on E-bay. The one that interested me the most is the Eucalyptocrinus elrodi pictured below. 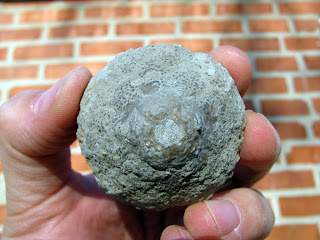 Note the small bumps on the surface of the calyx plates. This is the diagnostic feature that separates this species from the others. 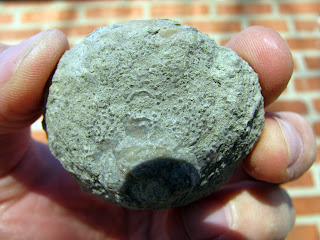 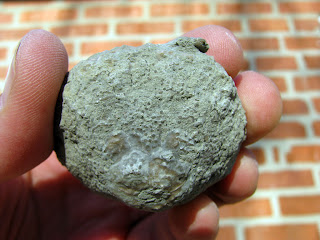 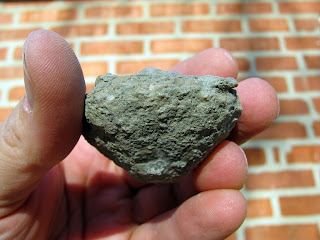 The fossil is missing it's arms which is a very typical mode of preservation. Apparently the calyx was somewhat solidly built and held together longer than the arms did once the animal died. 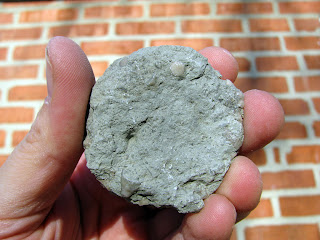 The most commonly found species of Eucalyptocrinus in the Waldron shale is E. crassus which I have on a mixed plate of fossils that you can see here. There was also a calyx of that species in the lot I purchased from E-bay, except it has no arms and is extremely wide. 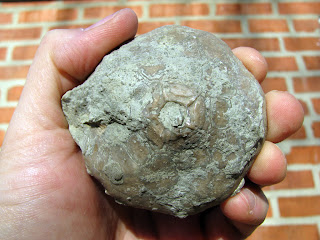 Notice how shallow the cup is which must be related to how wide the calyx is. Perhaps this was a long lived specimen or maybe just a variant form. 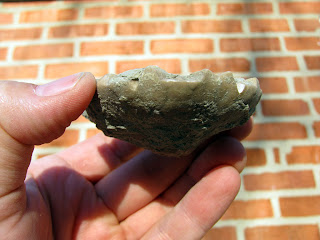 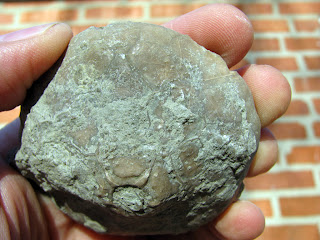 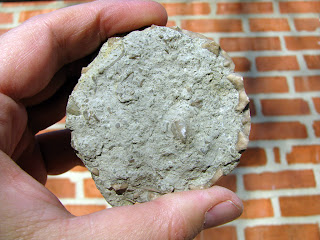 I noticed that at some point (likely after it had died and fallen to the sea floor) a small Byrozoan colony grew on one side. 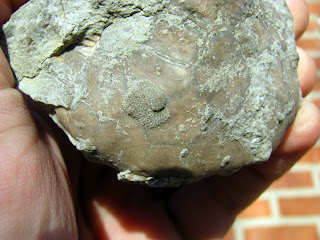 This epibont activity is studied and documented in a paper by W. David Liddell and Carlton Brett.

Both of the above specimens came from the Waldron Shale which is Silurian in age (Wenlock epoch, Sheinwoodian to Homerian stage).
Posted by Dave at 12:01 AM