Pleuroceras spinatum (I've also seen it referred to as spinosa) is an Ammonite species that is found in great numbers at quarries near the village of Unterstürmig and the town of Buttenheim in Germany. It's from the lower Jurassic (Pliensbachian stage) which is called the Lias in Europe. Maost often they are found with a white coating, which are possibly the remnants of the original shell, with the rest of the fossil cast in Pyrite. The specimen shown below has been cleaned of the coating. 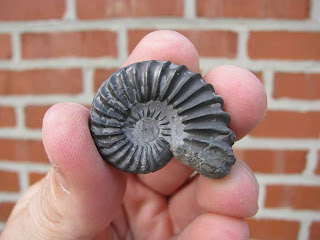 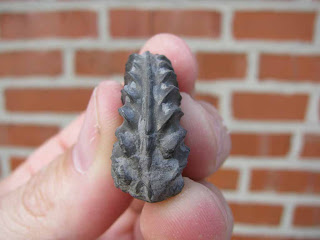 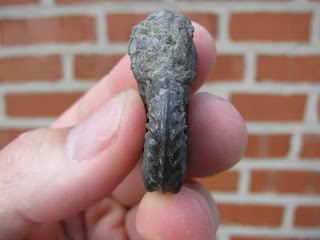 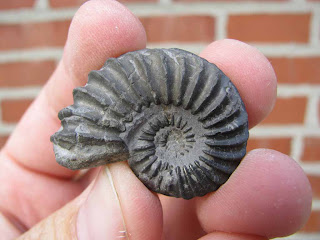 You can see the suture lines have been preserved as well. 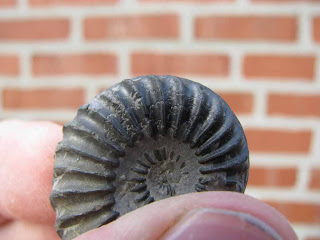 Fossils of this species are very easy to find at fossil shows and online and I think I got the above specimen in a lot I purchased off E-bay.

Here is a video of a trip into the quarry on YouTube.

This is not the only species found at the quarries as shown on this forum discussion page.

Mike over at Louisville Fossils posted a really nice specimen in matrix.
Posted by Dave at 12:01 AM