When I visited the Royal Ontario Museum in Toronto last year I found a set of "Toys" for sale in the gift shop. In my mind they are models and could only be considered toys due to their bright colors. Then again, I still play with toys so maybe I'm wrong.

The set depicts five animals that are found in the Burgess shale and related communities of British Columbia. Here are all five together so you can see the approximate scale of each piece to each other. They are not to scale otherwise. 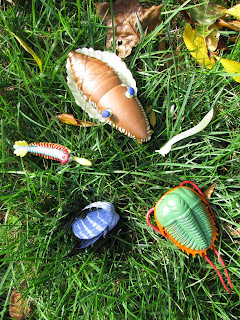 Included in the set is the Trilobite Olenoides (which is an important index fossil for the Cambrian): 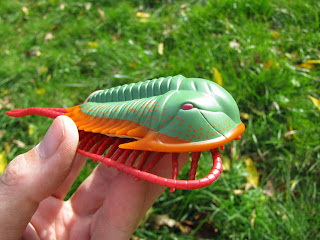 Antenna and legs are depicted with a fair amount of detail 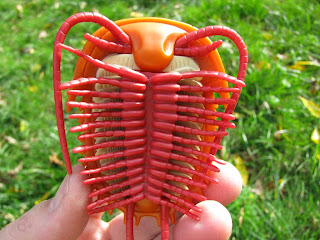 Then there is Wiwaxia which is an oddball but thought to be related to the molluscs: 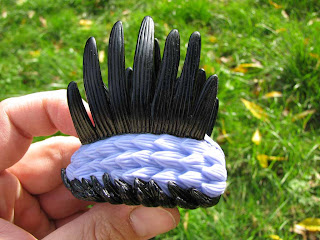 The flat vertical spines that project along the sides are among the most odd features of the creature. 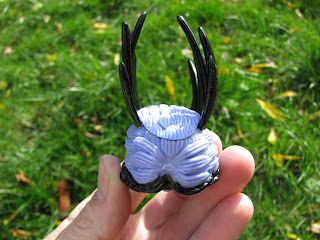 They even included what looks like the mouth or feeding apparatus on the underside. This is a neat detail to put on the model despite the fact that most people would likely not look for it or know what it is. 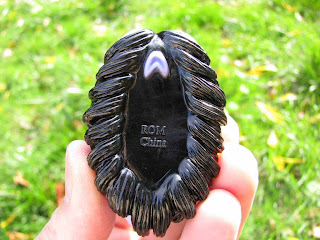 Next up is Opabina, one of my favorite creatures found in the Burgess shale. It has five compound eyes on stalks and a trunk like extension with a clamping mouth on the end. One wonders how this primitive Arthropod lived? 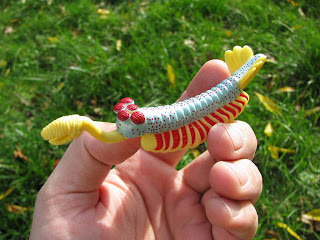 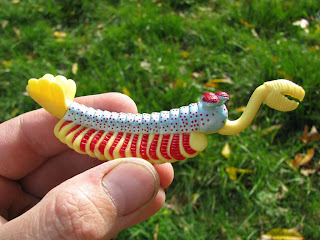 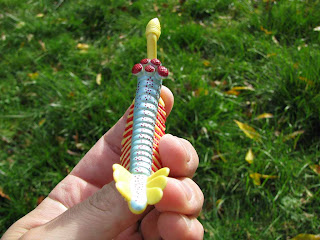 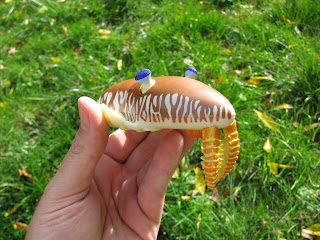 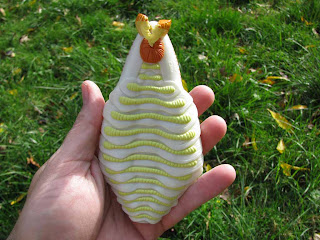 The disc like mouth and segmented feeding arms are well detailed. 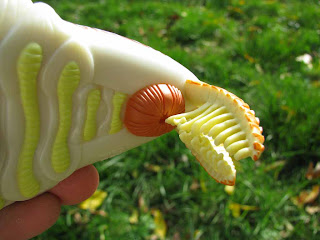 The last piece in the set is Pikaia which is thought to be a protochordate which means it may be the oldest ancestor of all animals that possess a backbone including fish, dinosaurs and humans. 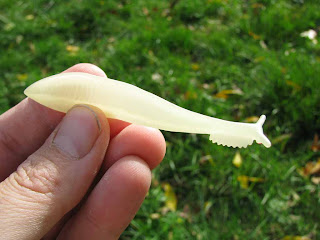 I'm not sure what the rib or fin like projections are supposed to be on the underside. Maybe it was the ancestor of the super model. 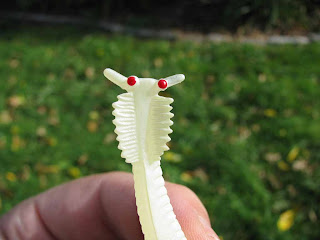 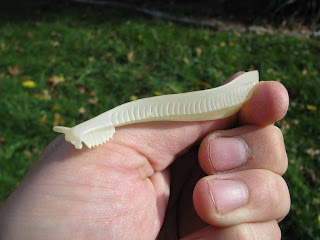 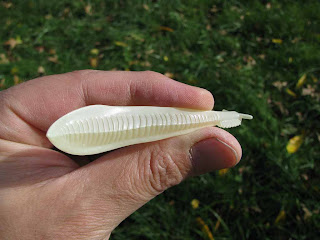 The set is reasonably priced at $30 Cdn. and can be purchased at the museum gift shop or from their website: http://rom.enssc.com/ On the left hand side menu, click on ROM Reproductions and the set will be listed near the bottom.
Posted by Dave at 12:01 AM