Sometimes you are walking through a rock shop and something catches your eye. That happened to me when I saw these nodules with fossil crabs in them. 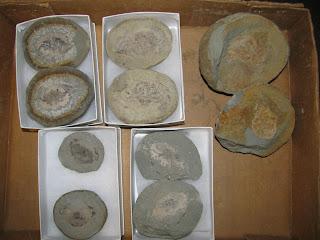 Thanks to some members of the Fossil Forum I've learned they are found near a town in Chile called Lebu, in the Arauco Basin near the city of Conception, and are of the species Imaizumila araucana. They lived in a deep water basin during the Miocene. 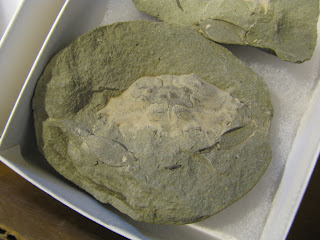 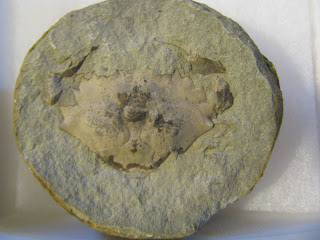 I've always admired the fossil crabs in nodules that are often found along the Northwest coast of the US and these guys fit the bill (both financially as well as aesthetically). Currently I'm in the process of finding someone who can prep them so that they look even better.
Posted by Dave at 12:01 AM