Within the limestone layers of the Green River formation that are exposed in the split fish quarries you will occasionally find some gastropod fossils. The degree of preservation is variable but I have found at least two genera during my trips to Kemmerer, WY.

The most common genus that I have found is Goniobasis sp. which is a high spired, conical shell. Specimen #1 below is fairly well preserved and you can see the aperture on both the positive and negative slab.

Positive and negative slabs followed by close ups of each slab 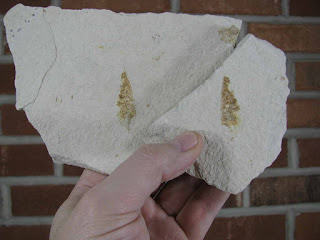 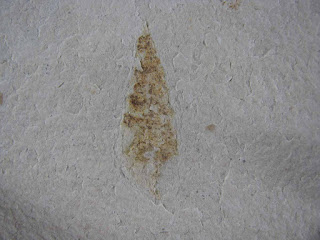 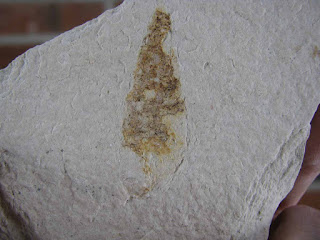 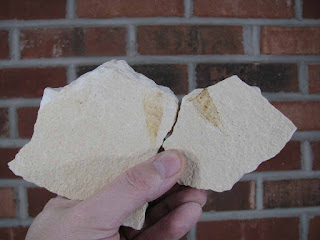 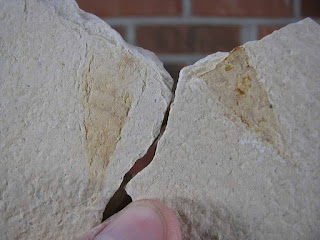 The other genus is Biomphalaria sp. and I only have one example. It is a small planispiral shell with no ornamentation and very narrow whorls. 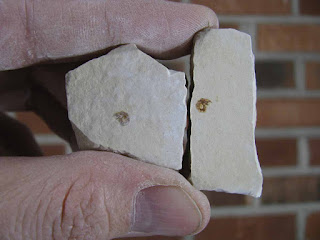 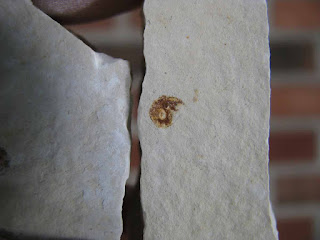 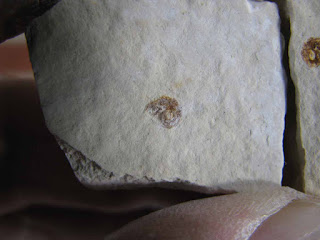 I used the book "The Lost World of Fossil Lake: Snapshots from Deep Time", Lance Grande, University of Chicago Press, 2013, page 91, figure 40 to identify the above specimens (figure below). 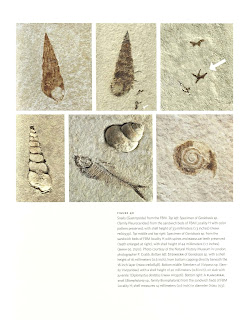 These fossils come from the Fossil Butte member of the Green River formation (Paleogene period, Eocene epoch, Ypresian stage). I found them at the Thompson Ranch split fish quarries which are publicly available to collect in at a number of commercial quarries which lease access.
Posted by Dave at 12:01 AM