Eurypterids from the Ukraine

I'm cleaning out a folder of pictures this week. Below are pictures of three Eurypterid fossils from the Ukraine. They are likely Balteurypterus tetragonopthalmus as that seems to be the most common species that I see available on in the Internet. They come from near the River Smotrych in the Kamianets-Podilskyi region of Khmelnytskyi Oblast, Ukraine. The age is late Siilurian (Pridoli stage).

This is the most complete specimen and the smallest. It's just a spall off of a larger piece of Dolostone. 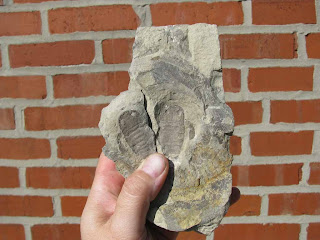 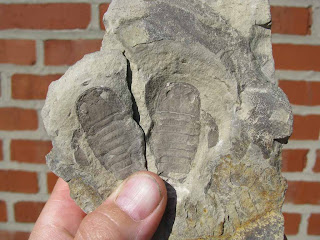 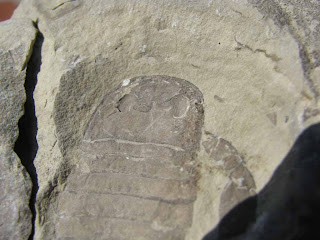 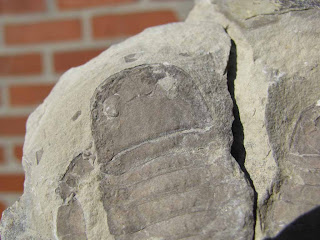 This is what it looks like when put back into place. 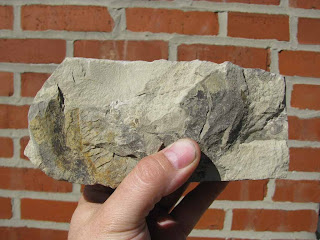 The next fossil is a bit larger but more incomplete. 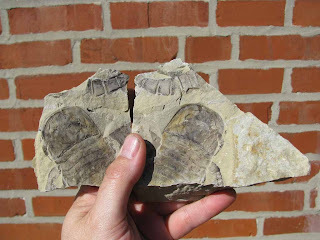 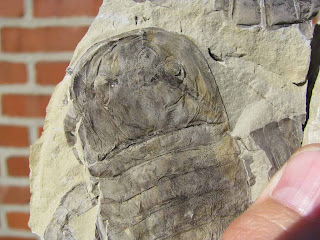 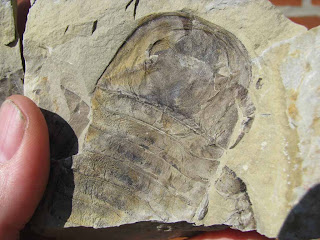 The last specimen is very fragmented and has been patched back together from several smaller pieces. 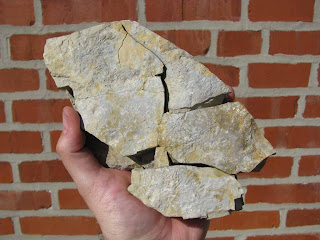 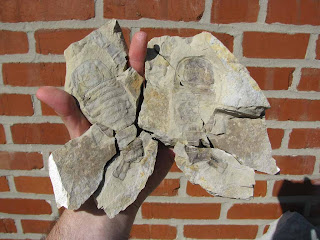 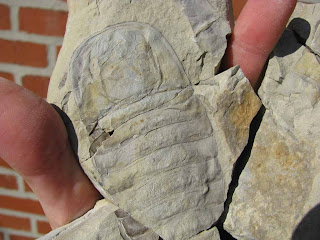 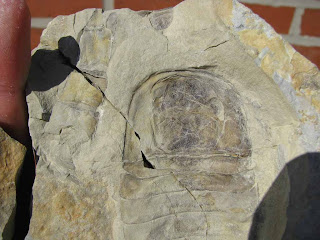 The rock in which these fossils are preserved is very similar to that which is found in New York and Ontario that are part of the Bertie group. A yellow-tan, fine grained dolostone which is interpreted to represent sabka (salt flat) type environments where a shallow lagoon is host to hyper-saline water due to higher evaporation rates than can be refreshed by the ocean during high tides. These kind of environments are found today in the Persian Gulf region. A theory posits that the Eurypterids would migrate to the lagoon to molt since the hyper-saline water would prevent predators from following and preying on the arthropods while their new exoskeletons hardened.
Posted by Dave at 12:01 AM