From time to time one can find evidence of the growing forests that were spreading during the middle Devonian. Below is an example of what I believe to be a branch from an ancient tree that was washed out to sea and buried in the mud. There are no real diagnostic features that can tell me what it used to belong to but the fossils' linear growth and a 90 degree turn on part of it rules out that it could be a trace fossil from a burrowing animal. If this were a trace fossil the 90 degree turn would blend in better with the rest of the fossil and not look like a separate branching structure.  Besides, most natural burrows or trace fossils do not make 90 degree bends parallel to the rest of the trace.  It could have belonged to one of the fossil trees known from this era: Cladoxylopsids or Archaeopteris.

Check out the article about the oldest known fossil forest being found in New York near Cairo which is south and east of the locality where I found this fossil. 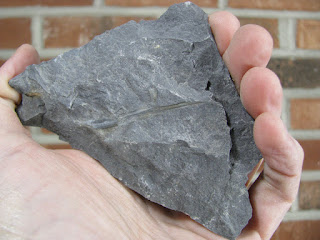 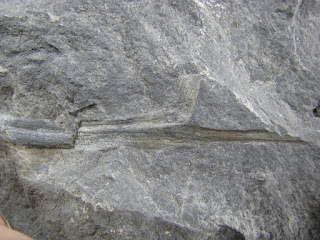 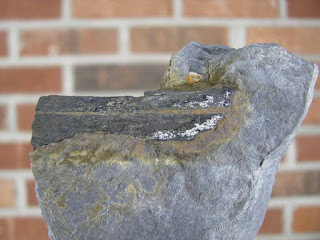 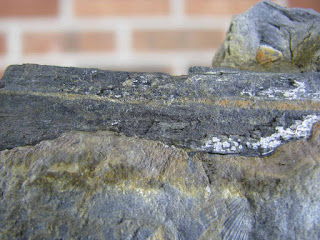 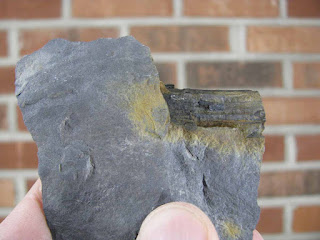 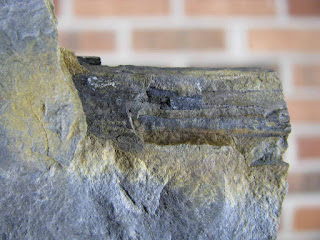 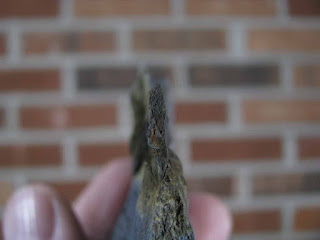 I've also found evidence of fossil branches washed out to sea in the Mahantango formation of Pennsylvania which is contemporaneous to the Moscow formation.