There are lots of orthoconic cephalopod fossils from the Paleozoic that often get lumped into the "Orthoceras", or in the Devonian period "Michelinoceras", name because of a lack of defining features.  Sometimes though you do find a smaller, thinner variation on the theme that can be narrowed down to the Bactrites genus. Below are two examples of the species Bactrites aciculum from the Windom shale in New York. They are long and thin with a max width of 1cm. Often the shells are crushed laterally during the compression of the mud they are encased in which leaves them with a line or ridge running the length of the shell.

Specimen #1 - This is a nearly complete specimen with only part of the living chamber extening off the rock and the narrowest part of the start of the shell still hidden by rock. Note that there appears to be chamber lines perpendicular to the main shell axis present on this specimen. 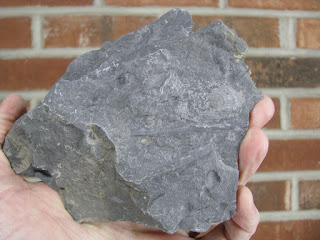 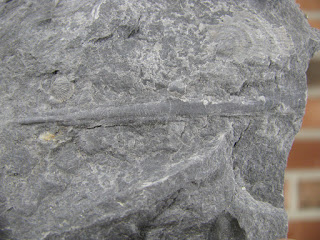 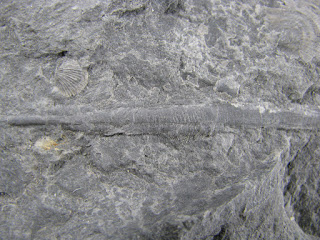 Specimen #2 is smaller and less complete but you can also just make out what appear to be chamber segments. 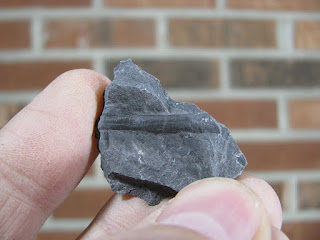 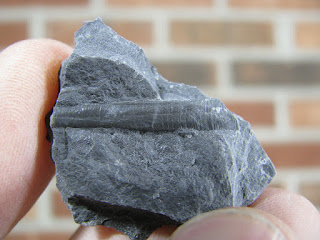