The specimen today comes from the Hungry Hollow member of the Widder formation near Arkona, Canada (Devonian, Givetian stage). It's a bryozoan but I am not terribly sure of the name. It is a very detailed specimen with large mound like monticules and some star like features on the surface. Overall the individual zooids are small pin pricks but as a colony they look impressive.

Here is the specimen itself, Dorsal surface... 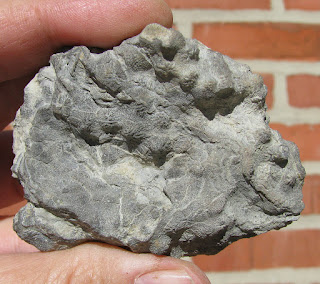 ...Ventral surface. You can see that it covers both sides of the piece and in life may have been a vertical wall like feature. 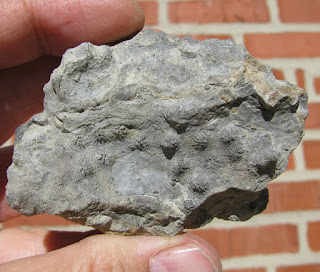 Now some closer views of the surface... 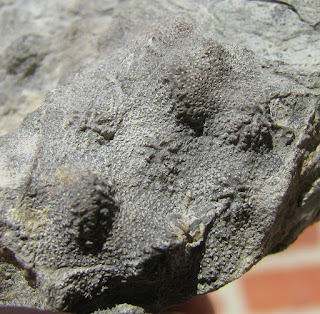 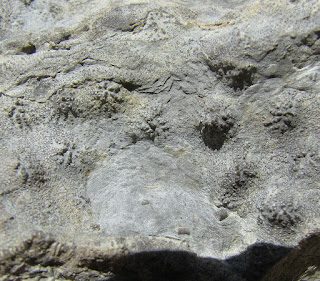 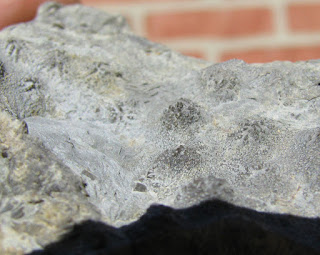 As I am not an expert on Bryozoans I posted these photos to a group on Facebook that specializes in fossils from the Arkona region.  One of the members of the group is Michael Topor, who is very familar with fossils from the Widder and Arkona formations (since he spent much of his collecting career excavating and studying specimens from those rocks) said:


"Could be Lichenalia stellata. Not sure if that genus is still used."


"I believe Bassler placed Lichenalia stellata in the genus Pinacotrypa... though I'm not certain he had the final word on the matter. I've collected Pinacotrypa/Lichenalia from the top of the Encrinal Limestone. By appearance I believe your specimen is from there as well."

So I'm going with the experts and will label this as Lichenalia (Pinacotrypa?) stella.

As much as I dislike Facebook in general, it does allow a place for amateurs and experts alike to exchange and share information. Much like the Fossil Forum website!
Posted by Dave at 12:01 AM