I believe this next fossil is a Reticulariina sp. brachiopod but am not sure of the species. It comes from the Chainman formation of Utah which is lower Carboniferous in age (Mississippian epoch, Visean stage of the ICS or Mississippian period, Chesterian stage in the US). The shell is small, with a very convex pedicle valve and a flat to slightly convex brachial valve. It sort of resembles a Cyrtia sp. type brachiopod that occurred in the Devonian. Each valve has very coarse plications with 2-3 on each side of the median. There is a sulcus and fold structure present on the valves but it is only noticeable at the anterior margins. It is hard to see but it appears there are some sort of concentric growth lines decorating the shell surface as well. The posterior of the pedicle valve has a large triangular interarea under a beak that recurves back. 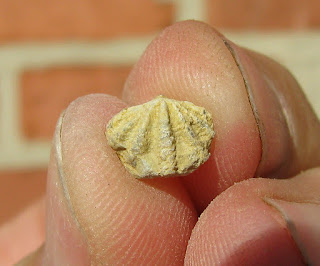 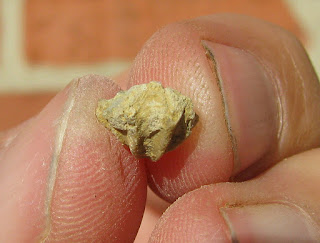 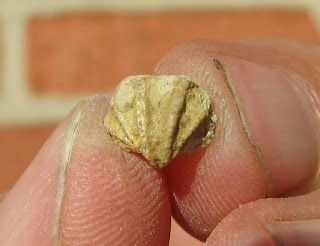 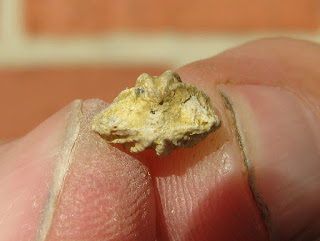 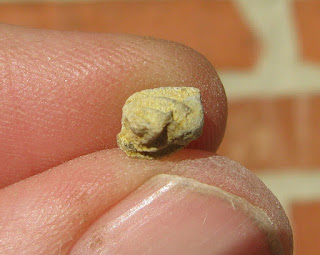 This specimen came from the Chainman formation at Conger Springs (west of Delta), Utah and is Carboniferous (Mississippian epoch, Visean stage of the ICS or Mississippian period, Chesterian stage in the US) in age.
Posted by Dave at 12:01 AM