Below are pictures of a rare shark tooth and jaw section from a bizarre shark called Edestus heinrichi. It was called the "Scissor tooth" shark because reconstructions of it have long jaws sticking out from the face of the shark with teeth lining them. Envision them like a large pair of pinking shears on the body of a shark where the mouth would be. The jaws of these odd group of fish never shed their teeth and just continued to grow outward. Each tooth was rooted in a chunk of cartilage and would stack on the previous piece of cartilage. In this way the shark had a mouth full of teeth at all times.

Edestus was related to a group of sharks that have modern representatives in the Ratfish (Chimaera) and are better represented by the whorl tooth possessing Helicoprion. Both Edestus and Helicoprion lived during the end of the Carboniferous period (upper Pennsylvanian stage). The fossil below was among many found by coal miners in Illinois. Why was it found in a coal mine when it was shark that lived in water? Edestus lived and died in brackish waters in between growth of the coal swamps. As the coal was removed in the mine these non coal bearing rocks were exposed with some of them being marine in origin. 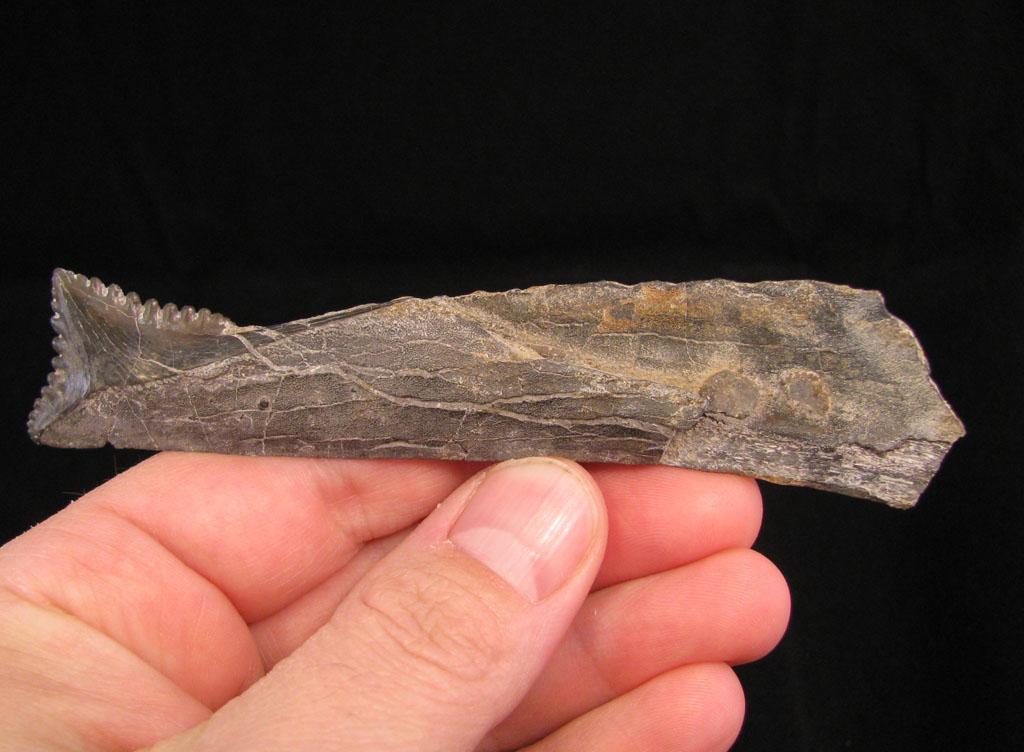 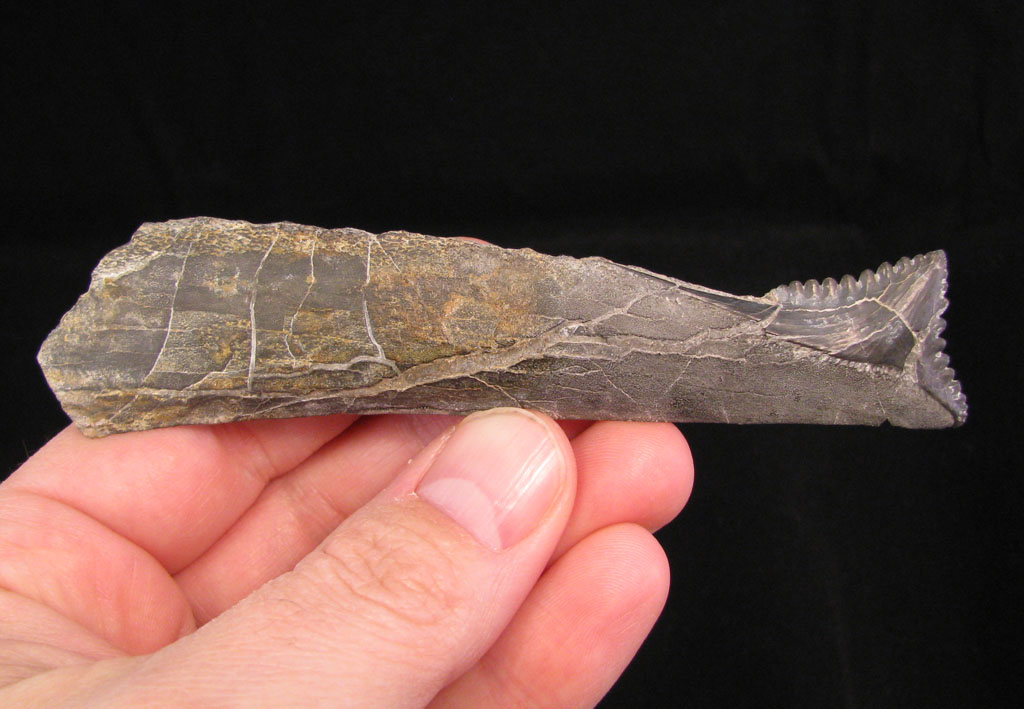 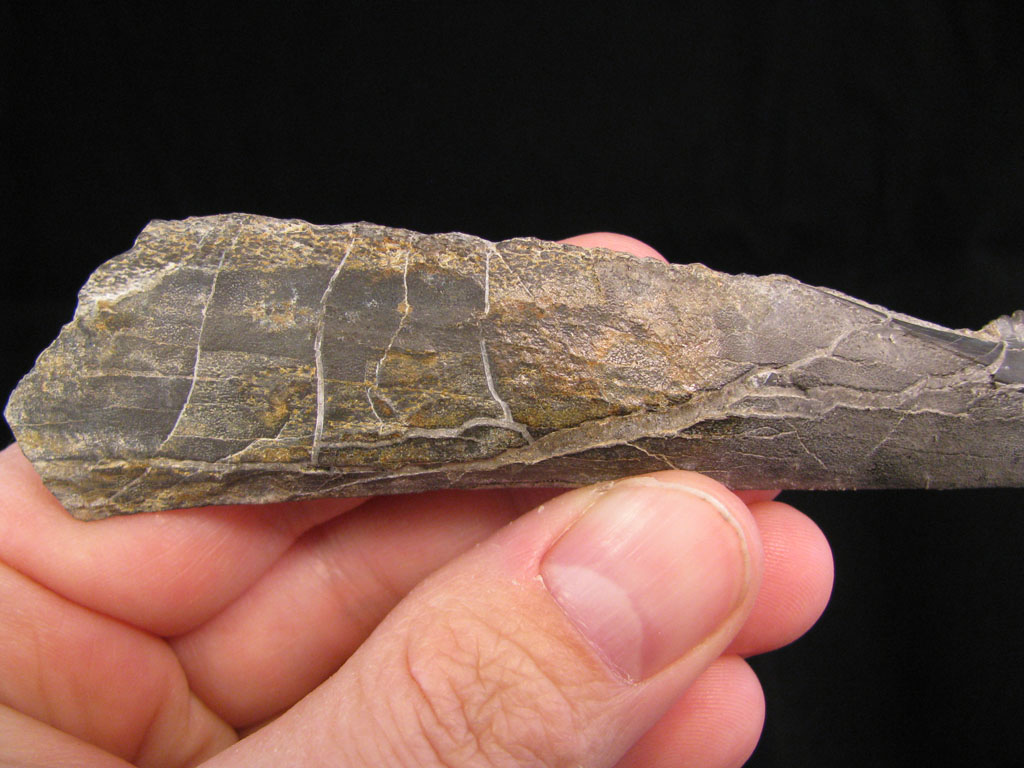 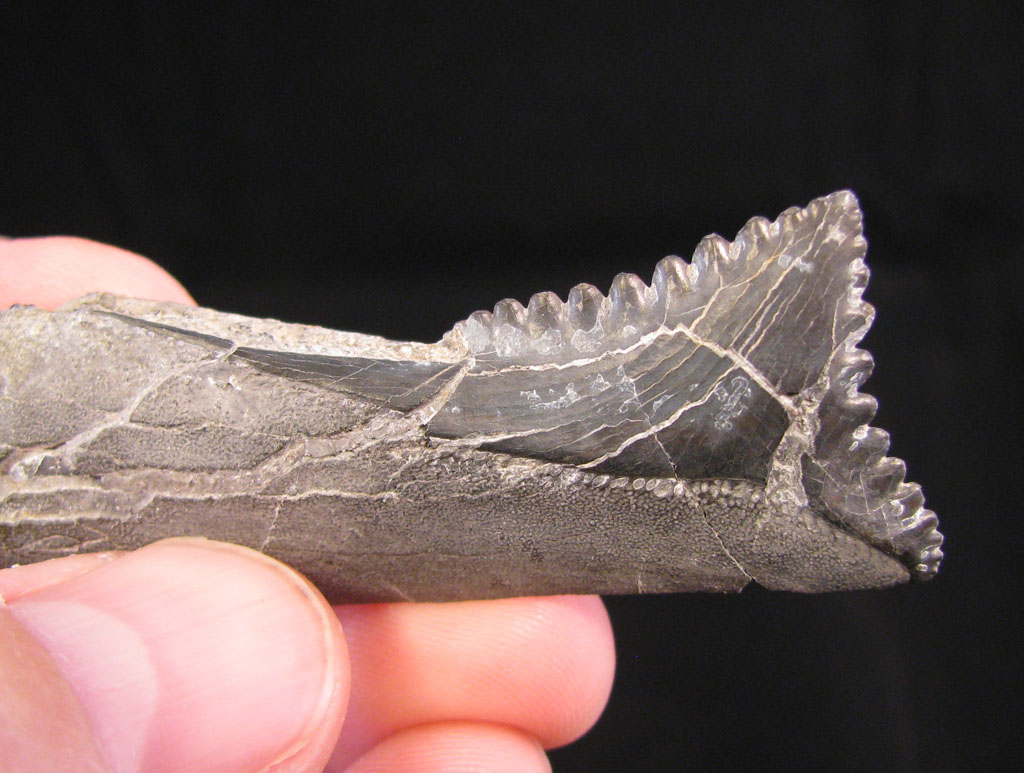 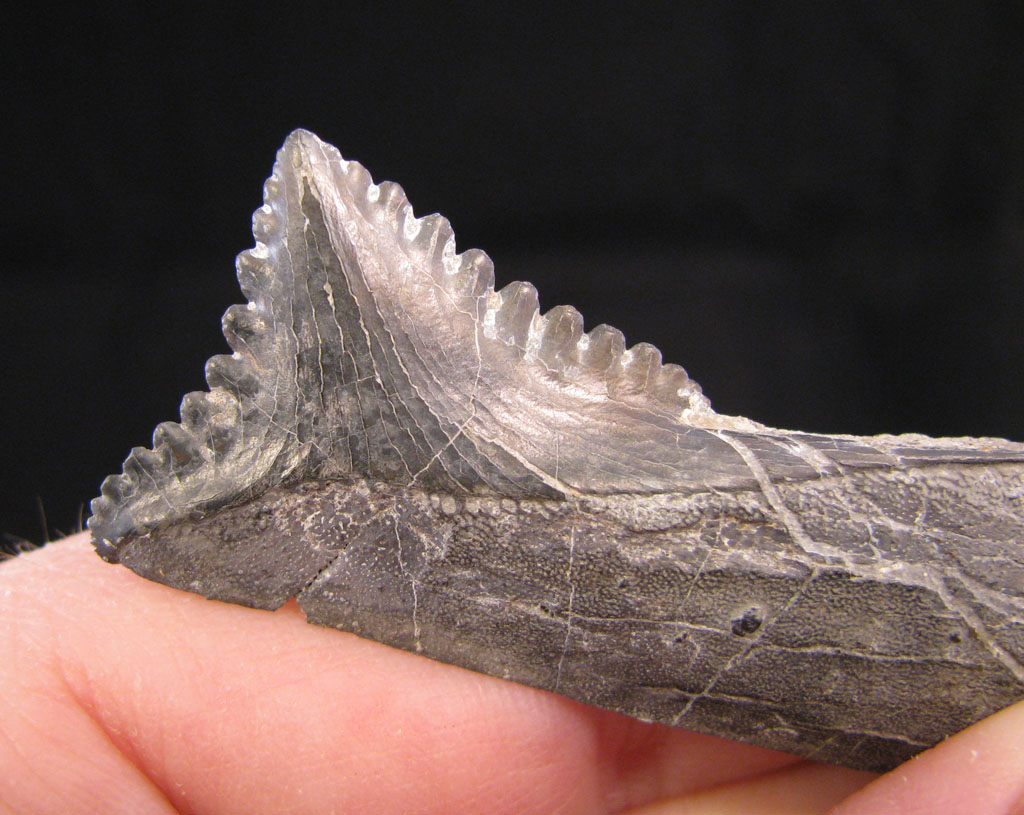 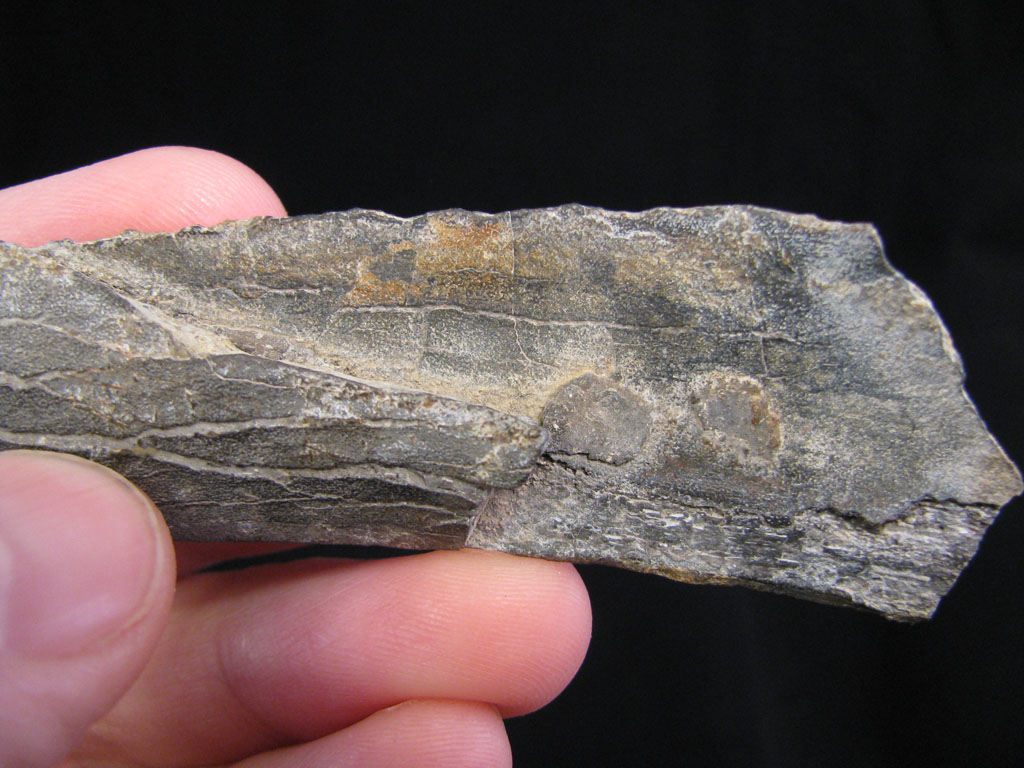 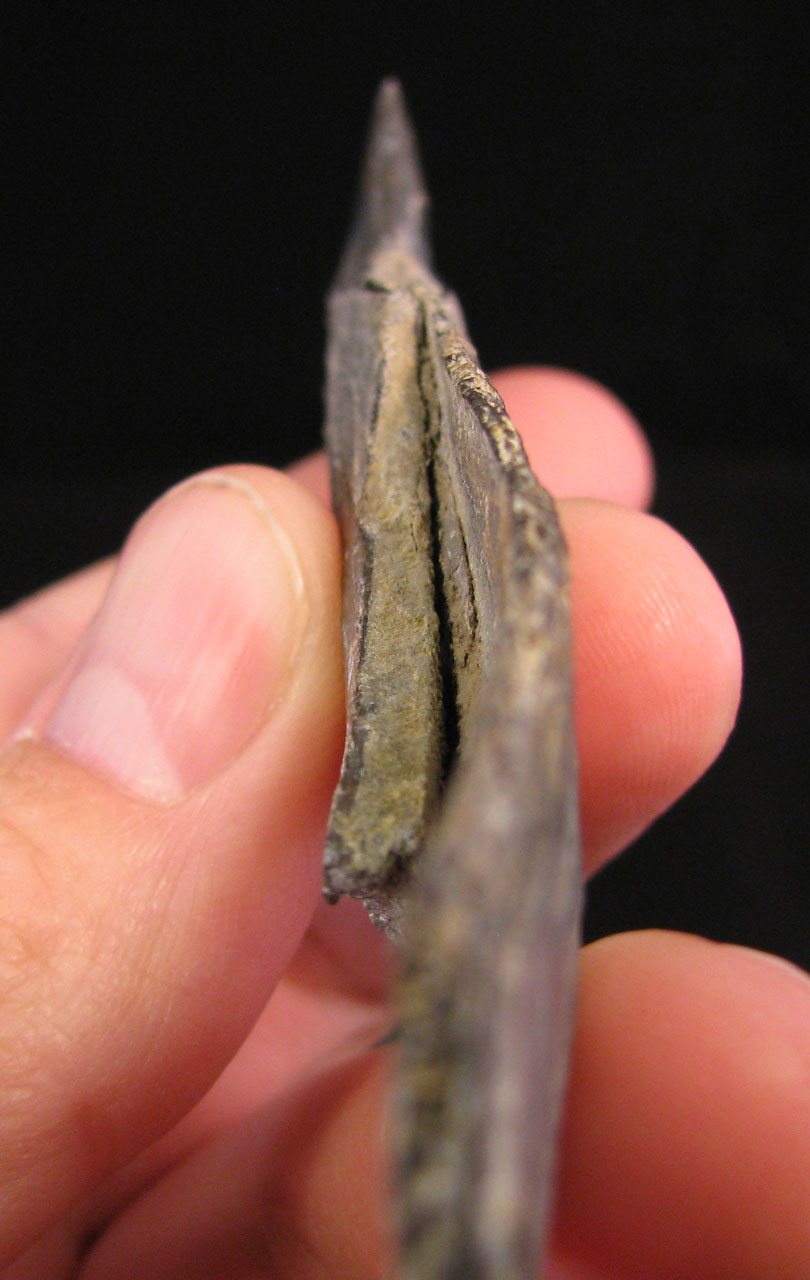 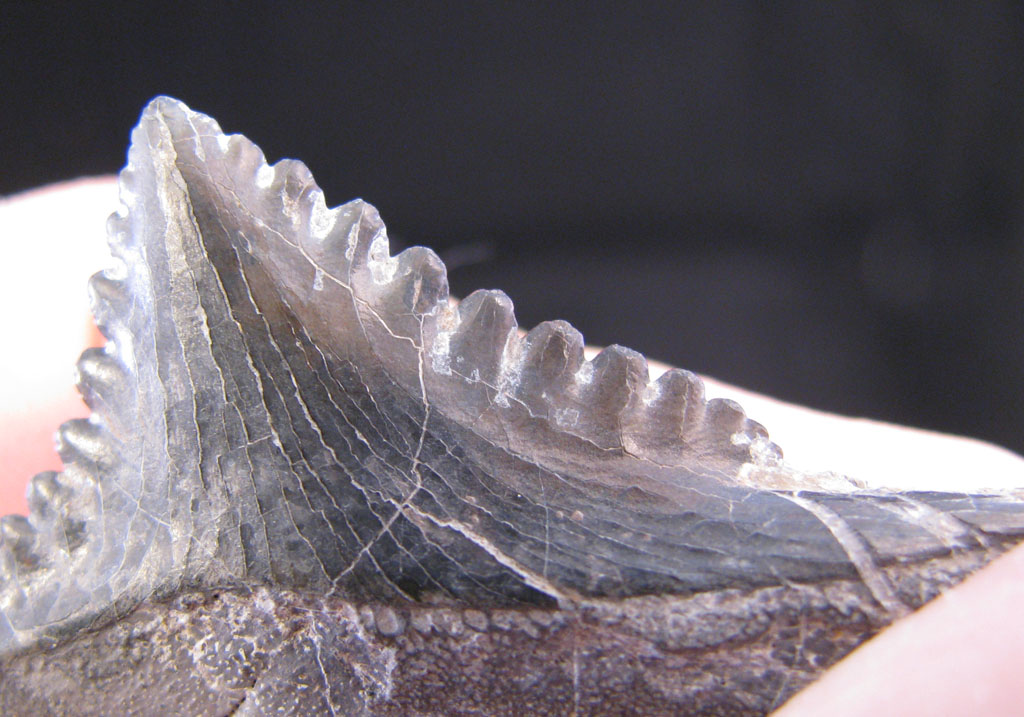 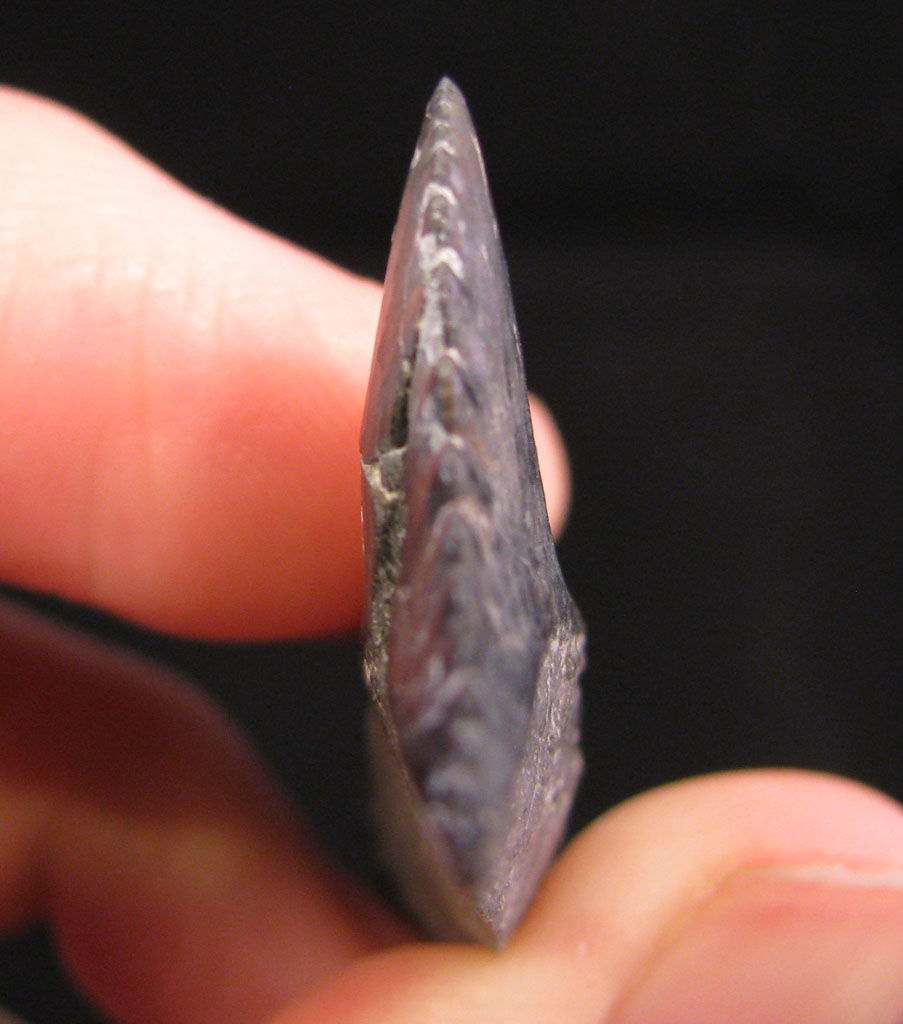 The specimen I own has just a single tooth in a piece of the jaw. There are some terrific examples of more complete jaw sections on the web like this group of pictures from the Illinois state Museum.  This thread on the Fossil Forum has pictures of some nice specimens in other people's collections.
Posted by Dave at 12:01 AM