Here are several pieces of fossil coral from Louisville, KY. I collected them while visiting Mike, of Louisville Fossils blog, in Louisville. The area we collected from was a mix of Jeffersonville Limestone (Lockhovian stage of the Devonian) and possibly Louisville Limestone (Homerian to Gorstian stage of the Silurian). As a result I don't know specifically which formation these came out of. The specimens could be Entelophyllum (if from the Louisville Limestone) or Eridophyllum (if from the Jeffersonville Limestone) but they look very similar. This could be a lumping vs. splitting thing too, in the sense that they could be the same genera that lasted for an extended time period. Whatever the case, here are the fossils:

Specimen #1 is a dense colony with lots of lateral struts between corallites that were used to stabilize the animal. These are classified as Rugose (horn) corals but they form colonies like this. 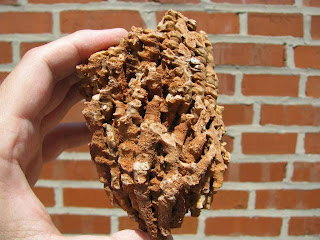 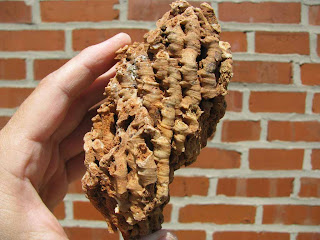 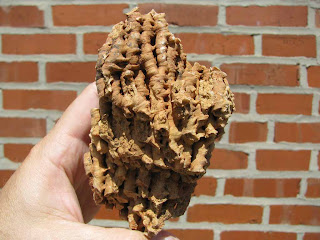 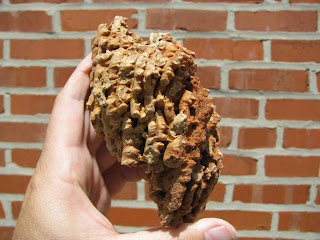 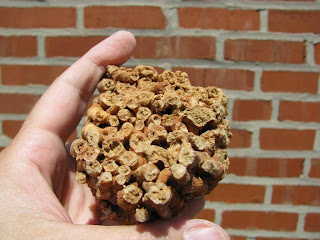 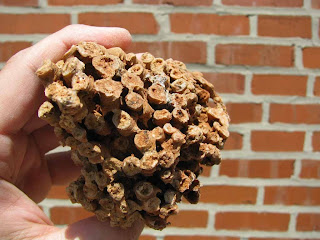 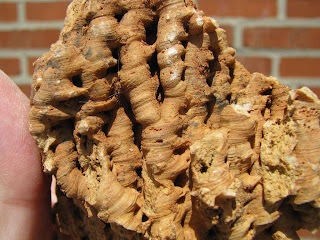 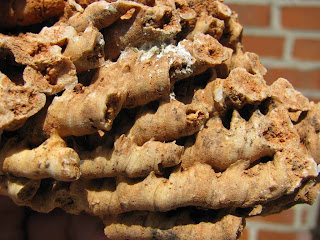 Specimen #2 is a small chunk with three corallites that show some detail along the sides and have quite a few bracing struts. It also has large diameter corallites. 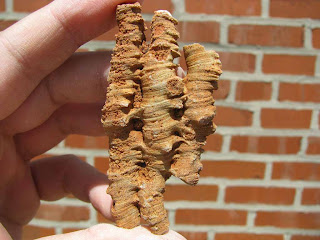 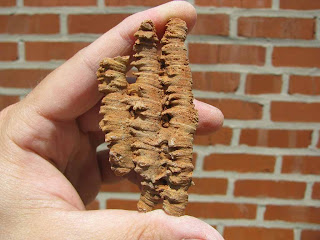 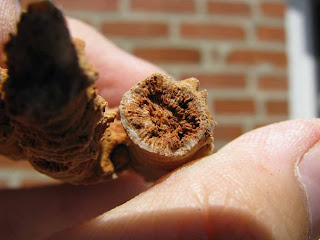 Specimen #3 has tubular corallites that are of a smaller diameter. 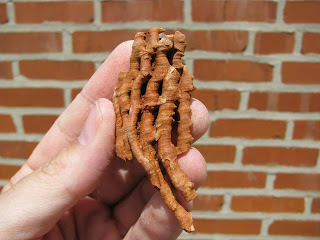 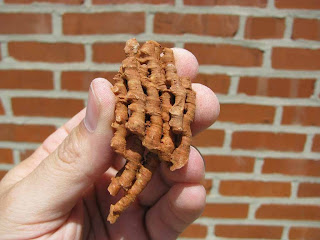 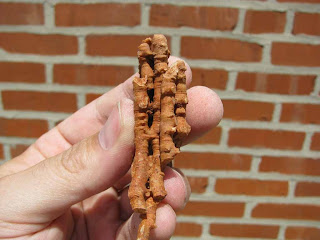 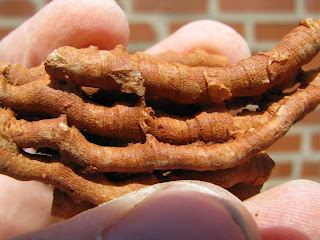