Paraspirifer from the Silica Shale

There are several large species of Spirifirid brachiopods found at Sylvania. The best known of these is Paraspirifer. It's typically a large shell, with the largest that I've found being the size of a Tangerine. Often you find them for sale at fossil dealers after they have been dipped in an acid bath to expose the pyrite replacement of parts of the shell. 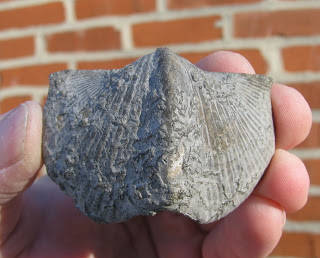 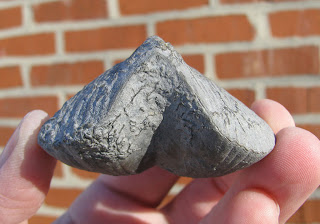 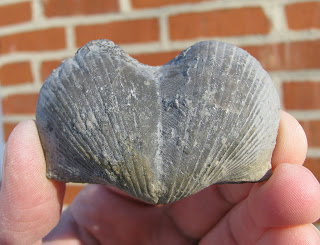 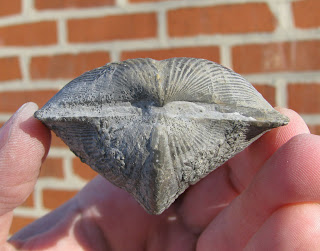 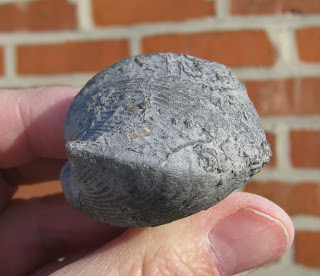 Most of the fossils I've found of Paraspirifer are of the large, round shells like the above. But some are different with a more compressed fold on the brachial valve so that it looks like a mohawk. The front view shows the effect most dramatically. 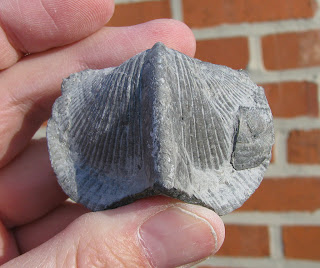 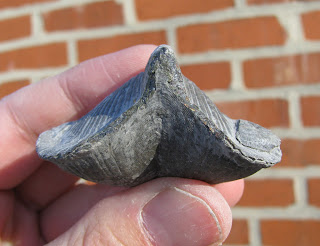 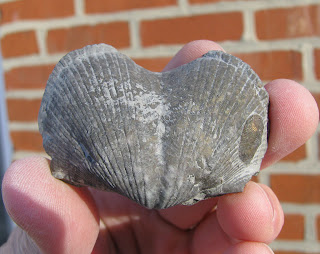 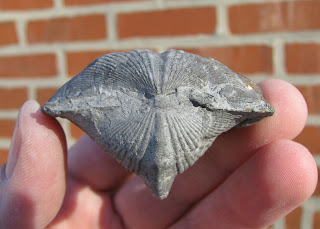 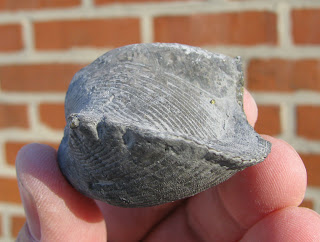 Based on the 1975 book by Robert V. Kesling & Ruth B. Chilman: Strata and Megafossils of the Middle Devonian Silica Formation: Museum of Paleontology, Papers on Paleontology, No. 8, pg. 110, pl. 22, 24, 25, 31 The above specimens are Paraspirifer bownockeri. I wonder if the second specimen, with the compressed fold area, represents a subspecies? Since I've found several specimens with this same feature it is not isolated to one oddball. I can't seem to locate any information online about variations in the Paraspirifer shell morphology but if anyone has some info, let me know.
Posted by Dave at 12:01 AM