Tropidoleptus is a very common Brachiopod in parts of the Mahantango. It also seems to be somewhat variable in it's appearance as you can see in the pictures below. 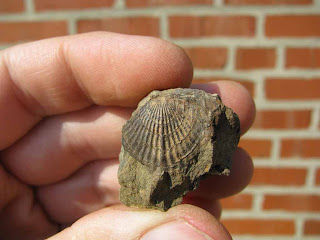 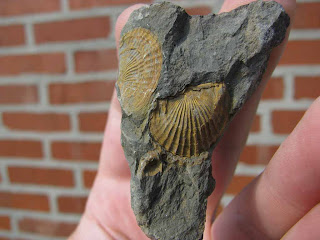 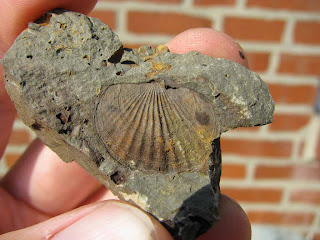 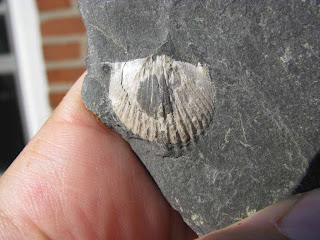 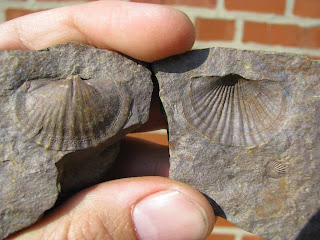 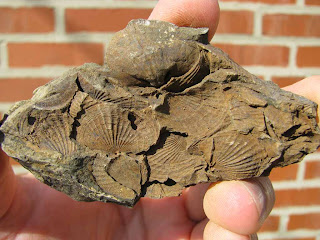 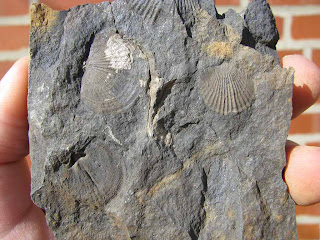 I've been reading some interesting information regarding the distribution of Tropidoleptus. It seems that the genera is common enough to be an important index fossil for lower and middle Devonian strata around the world, however it is absent from rocks of that age (Hamilton) in much of New York state. It really gets odd when it suddenly appears in upper Devonian rocks of the Chemung group. So what caused this odd faunal distribution pattern? The most likely answer, to me, is that Tropidoleptus had a preferred habitat that was not present in the portions of the Catskill Delta extant New York during the early to middle Devonian. I would venture to say that it preferred more near shore environments to the open seas which dominated western and central New York. I base this on the fact that much of the Mahantango formation in Pennsylvania was deposited as part of the same Catskill Delta, but it was much closer to shore. As the delta expanded and filled in it's basin, conditions for Tropidoleptus improved by the Upper Devonian and it reappears in the Chemung group of New York.

This article at JSTOR talks about how Tropidoleptus reappears in the Chemung formation of New York and Virginia.

An article from the Cambridge University press' "Geological Magazine" concerning Tropidoleptus notes that the genera can be used to track the progress of distribution through geological time.
Posted by Dave at 12:01 AM