In my last post showed you some of the massive rock from the Centerfield member of the Mahantango. Today I'll show you some specimens that have weathered out enough from the rock to be able to ID. 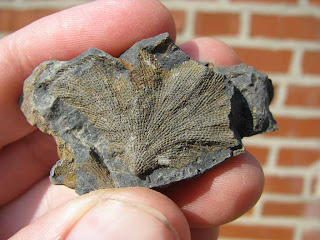 Syringopora coral, a colonial rugose coral that is composed of small tubes spaced close together. Each "tube" is actually an individual coral. 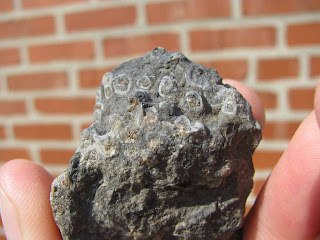 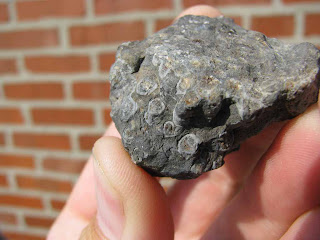 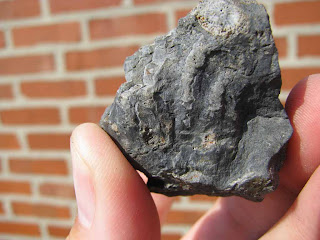 Tentaculites are an oddball fossil that nobody has been able determine it's classification. Currently I think the prevalent theory is that they are worm tubes. 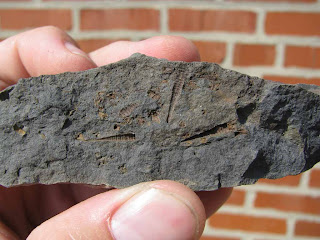 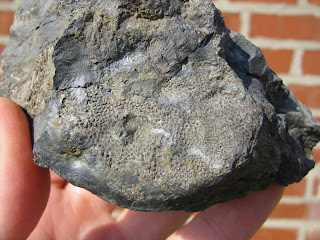 Large Crinoid stems, these are some of the largest I've ever seen in Devonian rocks from Pennsylvania. I don't know what species they came from but they catch my eye very easily. 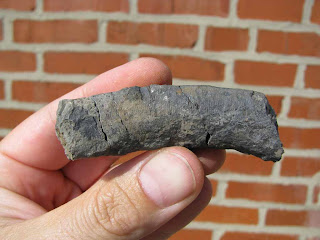 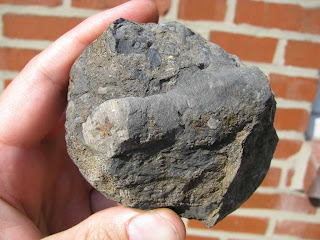