Among the most common pelecypods that can be found in the Moscow formations is Modiomorpha mytilodies. It's an oval shaped shell with the anterior smaller than the posterior. The surface of the shell is covered with broad, undulating concentric growth lines. 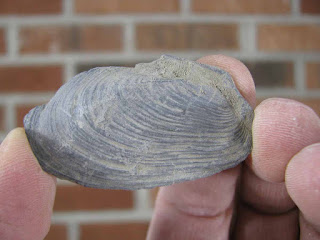 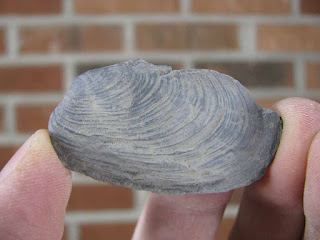 A view of the fossil profile from the ventral margin 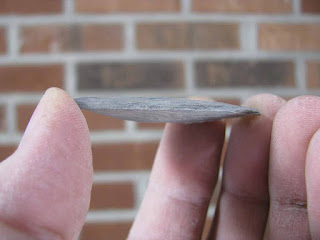 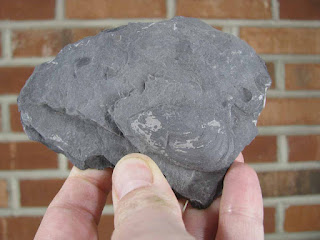 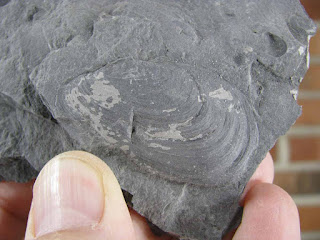 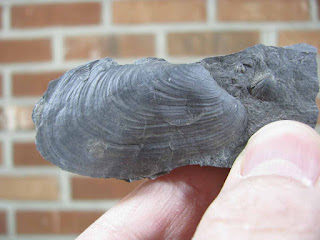 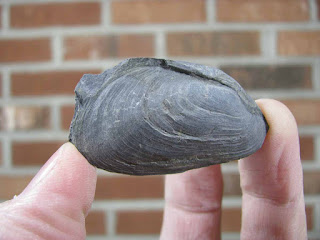 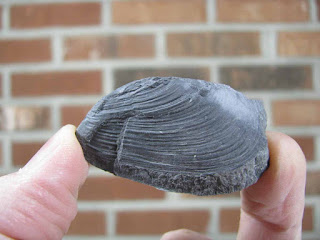