This round echinoid is Coenholectypus planatus echinoid from the Walnut formation of Texas (Cretaceous, Albian stage). It is one of many that I have received from a friend who collects in the Lone Star State. The test is round when viewed from the dorsal or ventral sides and shaped like a dome when viewed from the sides. In like it would have been covered with many small spines, the bases of which you can see preserved. I think this is considered a "regular" echinoid due to it's shape. Based on the shape of the test and small spine bases I think that C. Planatus would have lived in the littoral zone in rocky and sandy areas. 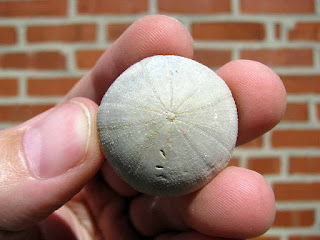 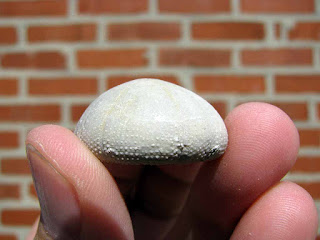 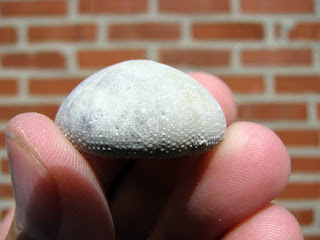 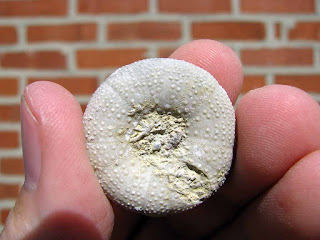